Season 2 of Titans, much like Season 1, is a slightly uneven mixture of things that shouldn't work and things that do. It's got a great villain, who originally made his debut in Teen Titans comics, in the form of Deathstroke and some nice plotting for the early episodes. Where the second season stumbles is in its second-half, where it introduces several new plots, including Superboy and Cadmus, who eventually take away from the main threat of Deathstroke. I would have much preferred to see a fight between all the Titans, including Superboy and Krypto against Deathstroke, seeing what he would have made of Krypto would have been hilarious. Instead, the show switches focus towards Cadmus, who should have been the villains for the third season.

With Season 1 ending with Dick Grayson under the control of Trigon, this season opens with what is essentially the finale for its debut season. We don't meet Deathstroke until the end of this opening episode and you can't help but feel that this episode would have been better had it formed the end of Season 1, rather than get tacked onto the opening of Series 2. But with the stage set with the group facing Deathstroke, its a lot of fun seeing them have to face their own demons as the action picks up and Dick threatening to ruin everything because of his keeping secrets. 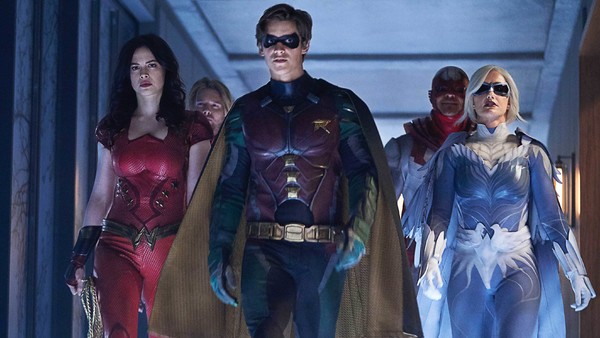 At the halfway point, several characters get different arcs to explore. Kory is faced with idea of having to return home with her evil sister having taken control of the throne. And Hawk and Dove are forced apart, to only come together again with the group having to fight for their lives in the finale. Unfortunately then, all of these plots are wrapped up half-way through the final episode, with no hooks left for the third season.

The use of the characters is also a lot more strange this time around. Gar is hardly in it, and one wonders if a character with the ability to turn into any animal he wants, is a little too much for the show's budget. And Donna is killed off following a story arc about her and Aqualad, in one of the most stupid ways I've ever seen a superhero get killed off. Kory is another character as her past isn't explored and Raven's powers are growing to much darker lengths since they defeated her father but even that is wrapped up far too quickly.

It is only Dick Grayson and Deathstroke AKA Slade Wilson who get handled well here, each are given arcs that stretch the entire season, though even they are rushed at the end, culminating in a far to quick and easy fight between the pair with Grayson having finally taken up the mantle of Nightwing.

Again, unlike the debut season, this season's pacing was far too off to be really enjoyable. There were some great stories in the beginning and great world-building. but as the second-half kicked in, I don't think I've ever seen a show so seemingly happy to rush to the end and then stumble over the finish line like this. The resulting series is rather tonally jarring and feels like the show doesn't know what direction it wants to go in! 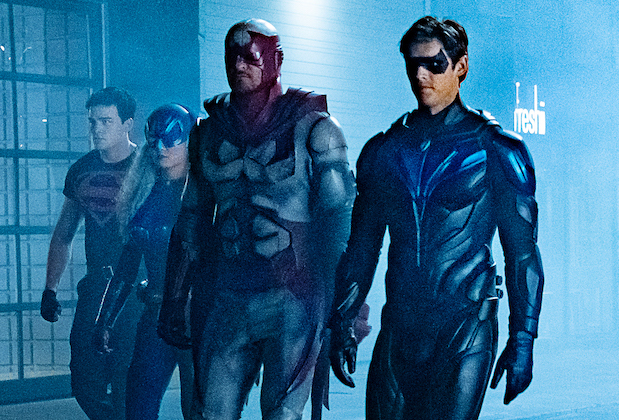 Its a shame because there was some great plotting and threat here, especially when it concerned Deathstroke and the flashback sequences really showed how ruthless he is. It's great to see him taking down the Titans either as a group or one-by-one and shows just how powerful he is, even though he doesn't have any superpowers. though I would have still loved to see him fighting the new team in the end, rather than Cadmus.

Compared to the many other superhero television shows of this year, Season 2 of Titans doesn't really stand up to any of them. It's more of a shame because there was so much potential there and the finale really sours the overall experience. But if like me, you're a fan of these heroes then you'll stick around and while its far from dire television, it doesn't quite reach the same heights as other superhero shows or movies of this year. At best, it left me feeling indifferent, and that is for me, the worst sin a television show can commit. Though that Nightwing costume was amazing!