Doctor Who: Can You Hear Me? - Review 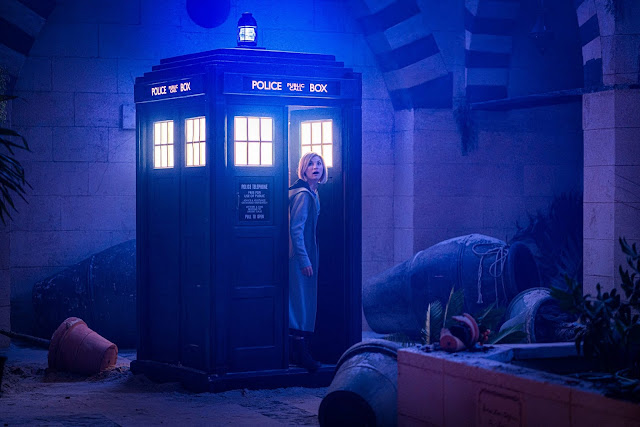 From the trailers, promotional images and indeed, the opening minutes of the episode, Can You Hear Me? promised so much. Opening in 1380's Aleppo where a sparky girl, Tahira is being treated for mental health issues. And indeed, the Doctor later mentions that 14th century Islamic doctors were well known for their enlightened outlook on treatment for mental health, much more than we still seem to be nowadays. It's a shame then that this episode isn't just about that particular topic, especially at a time now when Aleppo is so associated with war, it would have been nice to see an episode focusing on times when things weren't quite as bleak. But it doesn't take long before Tahira is evolved into a plot device and the plot shifts away from Aleppo and into modern day Sheffield and beyond combining nightmarish imagery and messages about mental health in ways that really don't work in this episode's favour.

Perhaps the most baffling thing about this episode though is how out time it feels for a modern entry to the series. The villains Zellin and Rakaya feel incredibly 90s and wouldn't have been out of place in an episode of Star Trek: The Next Generation or Buffy the Vampire Slayer. But given how they are supposed to be gods akin to previous Doctor Who creations, the Guardians, Eternals and the Celestial Toymaker, then maybe, though I doubt it, the dated feel is supposed to be on purpose.

The twist when Zellin tricks the Doctor into releasing Rakava had me shouting at the screen. No incarnation of the Doctor would have been that outwardly dim and the lack of forethought here was shocking. The Doctor should have considered every and all possibilities before letting her out. And though Zellin's ability to detach his fingers is something straight out of nightmares, it looks incredibly strange and goofy when paired to the episode's more serious aims. Perhaps the most interesting thing about these aliens was learning their origins in an interesting animated sequence, something new to the show which was fun to see but also was the only moment to demonstrate how powerful they think they are, telling the Doctor and us about their predicament in a way designed for children. 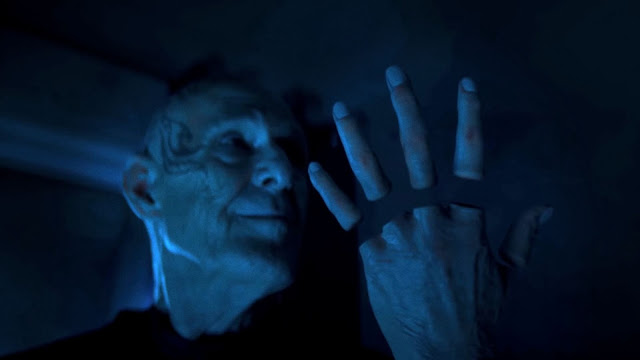 It's unfortunate then that Zellin and Rakaya feel far too campy to be any real threat. Rakaya in particular feels like a X-Men cosplayer, dressed up as Storm. And they certainly don't fit into an episode that is supposed to be about mental health issues. And all of this is true when you see the scene where they walk down the street in England looking like X-Men characters. Unfortunately they join this series monsters who have still been too easily defeated. I couldn't even begin to tell you how the Doctor defeats these guys, she just throws a football-thing and waves her sonic-screwdriver around.

However, where Can You Hear Me? fails as scary story, it more than makes up for in its handling of the companions. Yaz gets to visit home and we learn about some of her backstory, something I never expected to relate too. But all three of them learn how hard life has been for those they left behind. Yaz's sister lost her job and learned to cook instead and Ryan's friend Tibo has slipped back into a bad mental state since Ryan hasn't been responding to his texts.

And thanks to Zellin's mental powers, Ryan, Graham and Yaz are forced to face their fears and doubts when they have to look at how travelling with the Doctor has changed them. Ryan is afraid of the scorched Earth and everyone he knows and loves becoming the Dregs from Orphan 55 and leaving his friends alone to face their problems by themselves. Graham is worried about his cancer coming back and the death of his wife Grace. And Yaz has to wonder whether she's moved past her teenage copping mechanisms or if travelling with the Doctor has reverted her back to those days. 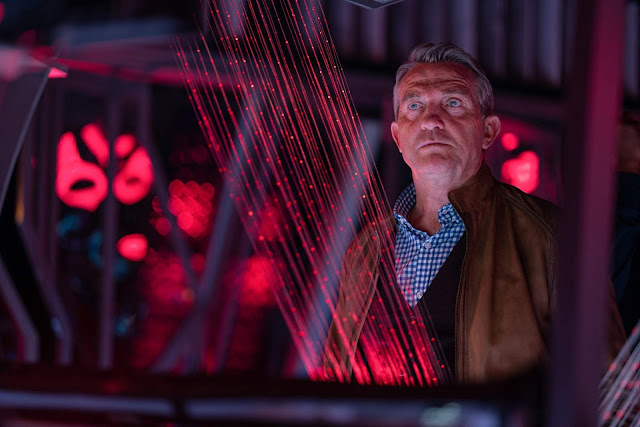 And though I related to the Yaz plot, I was a little confused by it, mainly because of the disjointed way this story is told. When she is being bullied at school, she runs away, only to be picked up by a policewoman that her sister called asking for help. However, I was waiting for the other shoe to drop and the policewoman be a future version of Yaz or something going back in time to comfort her past-self. Or did Yaz and Sonia have another sibling who died and Yaz blamed herself? None of these turned out to be true, though the moment Yaz goes to meet the policewoman who helped her years ago was a moment of emotional catharsis, it didn't really pay off in the right way because of the confused storytelling throughout the episode.

But the Yaz flashbacks were an interesting way to look at the most underdeveloped companion of recent times. Is travelling with the Doctor a healthy way of dealing with her thoughts and feelings or is it threatening to turn her back to the girl who wanted to run away. And Ryan is the first of these companions to come to the same conclusion as other companions before him, it is impossible to try living a normal life and travel with the Doctor. Eventually something has to give, time is relative and its impossible to maintain relationships if you aren't experiencing life at the same rate of those you've left behind. Eventually you'll have to make a decision, or like many companions in the past, have that decision made for you. And while this episode doesn't make an decisions for this TARDIS team, its nice to see them beginning to question their choices.

And if the villains don't work but the companions do, then its a mixed bag when it comes to the episode's treatment of mental-health and especially in the way it tries to tie fears and nightmares to mental health. And while fears and mental health equate, its strange for an episode to open on a hospital well known for its treatment and then downplay the importance of therapy. Instead the episode seems to say that it is most important to talk to others, something which is sometimes easier said than done. For example the idea that Tibo has a number of locks on his door seems to hint at problems much more deep than just getting left behind. But again, that's an idea that is never really explored. 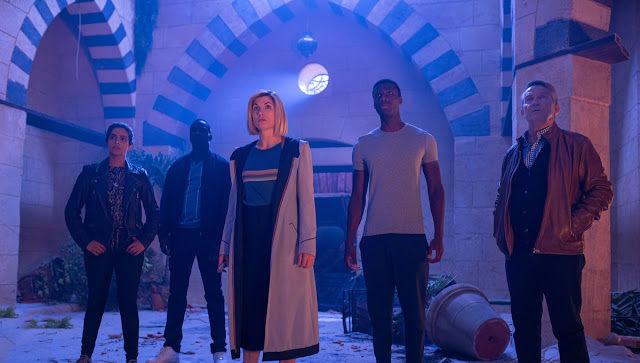 For me though, the strangest moment of the episode comes when the Doctor and Graham are talking at the end and Graham is voicing his concerns over his cancer might come back. It was very disappointing to see the Doctor seemingly dismiss this with a joke. While the BBC later came back with a comment saying it was try and show that no one knows what to say all the time, this is the Doctor and I wanted her to say something reassuring, think to the beautiful speech the Second Doctor gave Victoria in Tomb of the Cybermen, when she is upset about her father's death. It's a beautiful speech that has helped me out in the past. It's strange then that the Thirteenth Doctor choses to say nothing.

Can You Hear Me? is an episode that tries to aim for Vincent and the Doctor, Amy's Choice and The God Complex. Thanks to its disjointed storytelling it instead finds itself in the lows like Sleep No More and Night Terrors. Its an episode with good intentions that get muddled somewhere along the way. And for a story about mental health, one can't help but think that it is a little too generic to really offer any degree of exploration of the subject.