The Flash: Season 6 Episode 1 - Into the Void - Review 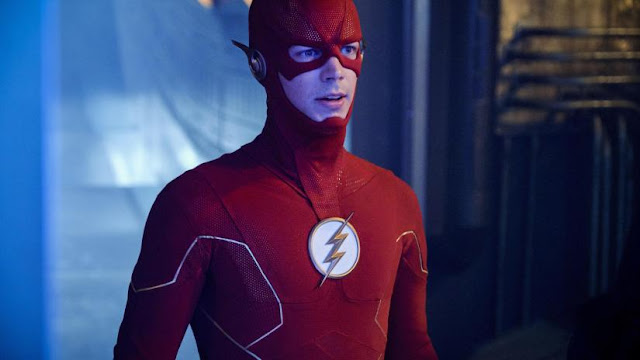 I think it's fairly safe to say that The Flash has been one of the most tonally strange CW shows that has hit our screens since its inception. The first and second seasons were amazing, the third was alright but the fourth wasn't fun and the fifth season was a complete bore. In it's opening two seasons, The Flash always worked best when it knew what it wanted to be and over the course of the last three years, it felt like it had forgotten what it wanted to be.

However, I was greatly surprised to find that Into the Void felt like a return to the good-old-days and was a very enjoyable beginning to a new era for the show. Under the eye of new showrunner, Eric Wallace, the show has a brand new structure with one long season being broken up into two different story-arcs rather than one long one, and we're also rapidly approaching the biggest TV crossover in living memory, Crisis on Infinite Earths! Barry has also been given a brand-new suit and I think that the show would have been in trouble if after this outing, the fans thought that they would have been in for a fourth dull season.

We get a sense of urgency right from the opening scene, with Gideon and Nora's message breaking down and getting destroyed and we jump to four-months later with Barry chasing down another clone of the villain, Godspeed. But this is the fourth Godspeed they have had to chase down in as many months and like all the others, they have no communication skills whatsoever, they just emit a high-pitched scream when they open their mouths. It's a great way to open the episode with a great chase sequence and fight scene with some fancy running tactics and a clothesline takedown of the powerful Godspeed. And the background music from Blake Neeley seems to be a lot more prominent in this opening scene as well as many others and its a nice return to form with some catchy scores. 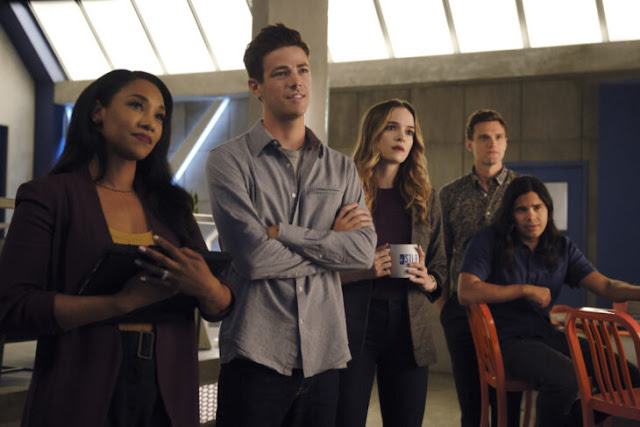 Following the subtle seeding of Godspeed, who I think is going to be the villain for the second-half of the season, we pick up with the Star Labs gang enjoying a barbeque, including a tease of a new piece of equipment which will probably play a big role later on. But the episode wastes no time in introducing us to Dr. Ramsey Rosso, played by Sendhil Ramamurthy, is a friend of Caitlin and his mother has recently passed away. But he has found a cure for the type of cancer that took her away and it involves Dark-Matter. A very dangerous substance that could result in giving people super-powers. Sendhil goes into the role with the right sort of cold-intensity and he promises to be one of the most compelling villains since Zoom! I'm looking forward to seeing what the show does with him.

Indeed, the whole cast feels much more subdued. Gone is the insanity of the performances from the previous few seasons, even Ralph has been brought down and because of that the performances are a lot more enjoyable to watch. That's not to say that this episode isn't funny when it needs to be. Cisco remains a constant source of entertainment and The Flash running to the opening lines of Queen's Flash-Gordon song I had a big smile on my face! The humour was much more balanced thanks to the strong writing, I didn't even mind Caitlin talking to herself/Killer Frost as it didn't feel cringey this time around. And Iris talking to Barry about the Nora she will give birth to sometime in the future won't be the same Nora they met in the previous story was handled brilliantly.

As the villain of the episode, he doesn't turn out to be a real villain at all, just someone who made a mistake which put him into a comatose state and he can open black-holes without even thinking about it. So the villain isn't really a villain, just a problem that needs to solved. The Flash always used to push itself to be more of a sci-fi show rather than a superhero show and this is an example of it trying to get back to those roots. Chester P. Runk is a YouTube sensation who also is an inventor and he creates a device that can open black-holes. Unfortunately he touches it and his mind is merged with the device and black-holes. We only ever see him as someone who is funny and so it is hard to dislike him as it isn't really his fault that the black-holes are opening up.

I found the scene were Caitlin is nearly pulled inside on outside of Jitters to be a very tense watch as Killer Frost refused to come out and save her, I thought the writers were really going to kill her off. Luckily though, The Flash got there in time to save her but it had me worried for a moment!

Overall it was nice to see teamwork solving this problem rather than just overused superheroics. It was great to go back to the family dynamic that made The Flash the success it was in the first place and it was a nice change of pace compared to the dull seasons we've had previously. I hope that this really is the start of a new era of the show and even if Crisis on Infinite Earths does have some great moments like this episode, it might not feel as earned as those here do.