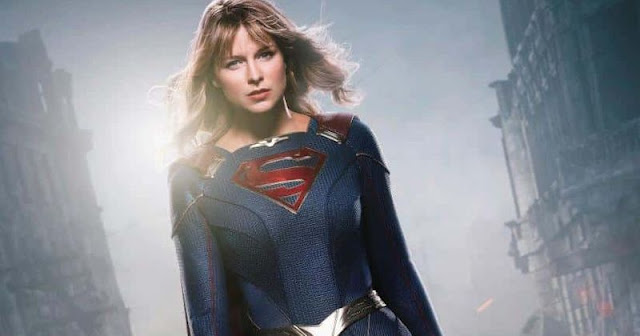 At the end of the last season, we learnt that Lena Luthor had found out the truth about Kara's secret identity of Supergirl and in typical Luthor fashion, she took that frustration out in many different ways. She beat up Supergirl in virtual reality, sells CatCo to get revenge on both Kara and her ex-boyfriend James for hiding the truth from her and then she made an arrangement to reveal Supergirl's identity to the world.

The sale of CatCo is something that mirrors what can happen in real life and the new owner, Andrea Rojas also happens to be the owner of Obsidian Technologies a tech company that deals with VR. But Rojas wastes no time in shaking things up. People don't care about reading long news-pieces and even though Kara is being awarded a Pulitzer for her piece that took down the corrupt President Baker at the end of the previous season, all Rojas cares about is getting the readership up because the subscriptions are at an all-time low.

Another commentary going on here is that of virtual reality and technology and how much help they can actually be. If they are using them like Obsidian claim, they can help people with dementia to regain memories. But Lena has created an artificial interface called Hope, which I think has already become evil and has taken over both Lena and Eve who was kidnapped at the end of this episode. But the episode only shows Hope as a friend to Lena because she feels so betrayed. 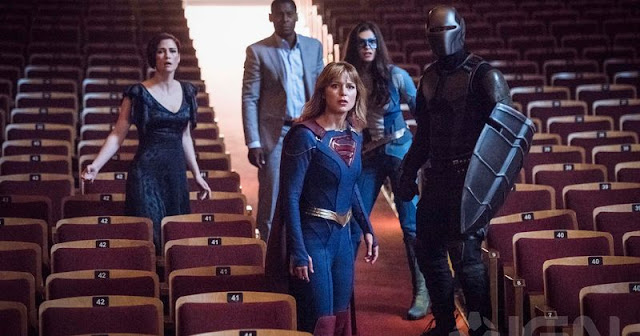 And so Hope brings us back to the heart of the episode, Kara telling Lena about her secret identity. And all through the episode there is the usual complications including a new Martian on the block who disguises himself as a little girl and a T-Rex, but thankfully, the writers didn't drag it out, rightly giving the climax of the episode to Kara and Lena having a heart-to-heart. Kara apologises to Lena and Lena forgives her and doesn't reveal her secret identity to the world, though she still seems to be mad.

Event Horizon also works nicely as a set up for the rest of the season. Will the new owner of CatCo Rojas be the season villain or will be Hope or Lena? We know that Mechad Brooks is leaving the role of James this season and so this episode gives him two possible future careers, J'onn's brother turns up, being the evil shape-shifter and Nia and Brainy finally kiss after a season of staring into each-other's-eyes!

Event Horizon was a nice way to kick off this season, hopefully this good track will continue for the rest of the season!