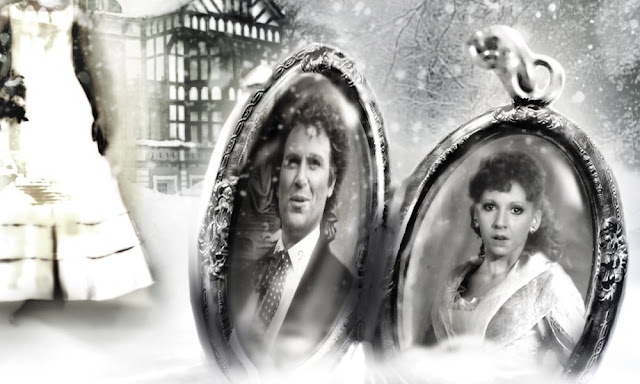 It's the centenary of the National Foundation for Scientific Research and Mel's uncle has sent her an invitation for the party and the burial of a time capsule. The Doctor is keen too, excited about being surrounded by like-minded scientists. By along the way, the Doctor begins to sense that something is going wrong with time and there is the ghost of a woman who pleads for help, haunting the science-institute.

Uncle John lives on the top floor of the Foundation, what used to be the Bush family home. As he explains the history of the site the story of the ghost comes up, she is called Eleanor and Mel dismisses it. But the Doctor wonders if there is more too it.

Mel isn't interested in seeing the actual burial of the time-capsule and so goes back to Uncle John's apartment to look into her family tree but the burial of the time-capsule is marred by them uncovering another identical capsule. When Uncle John and the Doctor bring it back to experiment on, they are in the room directly above Mel and the TARDIS is near by, sending her back hundreds of years in time. Mel wakes up to find herself stuck in the 1780s and she has been given a new name. Eleanor.

Doctor Who has always been at its best when it melds science with gothic horror, but Catch 1782 isn't really a ghost-story with Big Finish having already done much spookier plots. It also has plots in which Mel is much more proactive and once she is in the role of Eleanor, she becomes little more than a damsel-in-distress. And because Big Finish has rules about Doctor Who continuity, we've already seen how Mel leaves on television therefore allowing us to see how this one will end from the very beginning.

While Catch-1782 is a great story in terms of its time-travel plot, it isn't really one for fans of horror or of Mel.