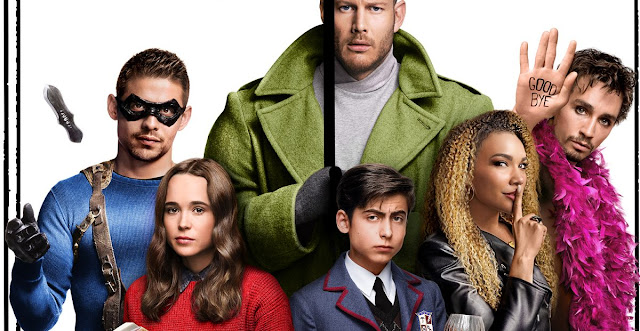 With the recent news that Netflix has cancelled all of its Marvel output, probably because of Disney planning their own streaming service, which may or may not continue Netflix's shows as well as their own original output, Netflix had to find a new superhero drama. And The Umbrella Academy fit the bill perfectly and if anything, The Umbrella Academy is even more bloody and twisted than the street level antics of The Defenders.

But it doesn't seem fair to compare The Umbrella Academy to the exploits of Daredevil or Jessica Jones because the shows set out to do very different things. In fact, The Umbrella Academy sees the group of heroes reluctantly having to come together again after the death of an eccentric billionaire who had brought them together when they were children to become a dysfunctional family. So in many ways, this show has much more in similar to Doom Patrol than the Marvel output.

The first episode of The Umbrella Academy has to do a lot of heavy lifting to introduce us to the seven heroes, as well as their robotic mother, eccentric father and their butler, Pogo. The children where all brought from their original families by Sir Reginald Hargreaves, played by Colm Feore, as babies and then raised to become a superhero team who will one day save the world. But the opening episode also does an awful lot to explain to us why this family is so dysfunctional and why they all fell apart from one another as time went on. With the opening episode throwing a lot at the viewers, it does so with some degree of ease, throwing out a great soundtrack and some really zippy scenes. The soundtrack is another excellent thing about this show, fantastic throughout, even in the quieter scenes. 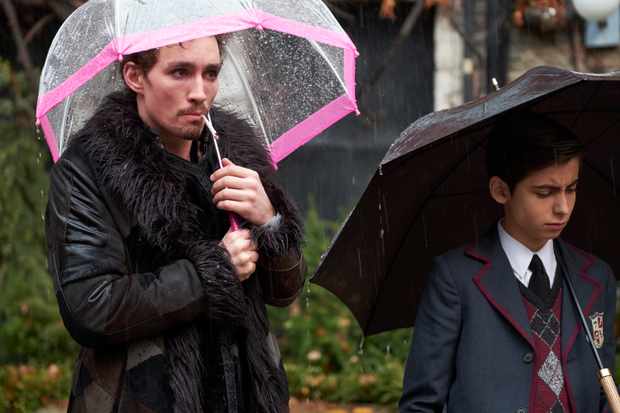 And unlike some television shows, there is something to enjoy and like about every single member of the Hargreaves family. Tom Hopper plays the super-strong and reserved Luthor. Robert Sheehan plays the hilarious, drug addicted and mischievous Klaus who can talk and see the spirits of the dead. And even Ellen Page puts in a great performance as Vanya, whose powers at the beginning seem to be just that she can play to violin really well but gradually discovers her abilities as the show goes on.

However, many people will agree that the true standout star of this show is Aiden Gallagher as Number 5, a crotchety time-traveller who grew into old age after getting stuck in the future, only to get stuck back in his teenaged body when he makes it back to the present day, having witnessed the apocalypse first hand. Five's return and his need to stop the coming apocalypse is what drives much of this series and Gallagher manages to balance the worldly with the world-weary elements of his character perfectly. Within a few episodes, you will believe that this seemingly 15-year-old is an old man, and his sarcasm, especially when paired with Klaus forms a lot of the comedy in the series. 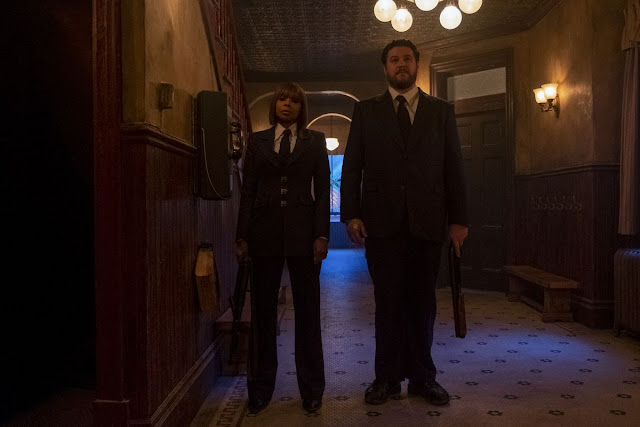 With the series being rather faithful to the original comic books, it is the interplay between the characters that makes this show a joy to watch. You're much more likely to enjoy trying to solve the various rifts, love triangles and connections that have formed between this family as the show goes forward rather than the oncoming apocalypse they are supposed to stop.

Diego, played by David Castaneda, gets a surprisingly good character arc here, coming out of a prickly loner to someone who eventually has to deal with his feelings of abandonment. And Emmy Raver-Lampman's Allison is the only member of the family who is interesting in trying to fix her past mistakes and her connections with Luthor and Vanya had some heart to the series.

And the show is stylish as hell. The action scenes are fantastic to watch, the use of camera work here, keeps things looking incredibly fresh without it ever getting messy or confusing and it is clear that the creative studios involved haven't scrimped and saved on the project, they've thrown everything into it and the high production value is evident throughout. While it might not have the same self-aware tone as something like  Deadpool or Doom Patrol, The Umbrella Academy has a glorious sense of humour, both in terms of character and dialogue but also in his graphic nature.

What the show does do there is stumble somewhere around the middle, a problem that seems to plague everything that comes out of Netflix and it does, occasionally, feel like it is trying to juggle too many things at once, especially with the storyline concerning Number 5 being hunted down by two time-travelling assassins, Hazel, played by Cameron Britton and Cha-Cha, played brilliantly by Mary J. Blige. But other supporting characters including Detective Patch and Vanya's love interesting Leonard don't fare quite as well, coming across as little more than plot devices to get into trouble and need rescuing.

However, when The Umbrella Academy really gets going it has to be one of the most fresh superhero dramas out there at the moment, with a sense of self and swagger that most debut seasons can only dream of. And by the end of the season, when the whole gang is together, it is glorious...