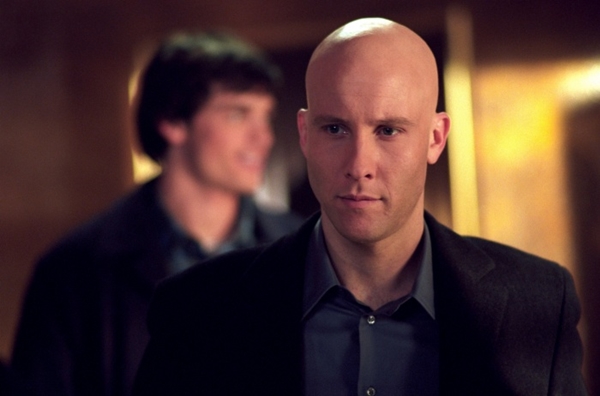 For an episode exploring some of Lex's hidden youth, Zero should have been a much better episode.

The past comes back to haunt Lex here, when a man he supposedly killed years ago turns up alive and well in Smallville posing as a building, helping to restore the Talon. As it turns out, Lex has an unexpected gallantry for covering from women and their crimes. But with the flashback scenes being set three years before he turned up in Smallville, it does pose the question of how old Lex actually is. I always assumed he was in his mid-twenties but if that is three years before he befriends, Clark, that means he wasn't of drinking age when he got into Club Zero and he has clearly been a member for quite some time?

We get some more drama on the Chloe/Clark plot when they are given a biological assignment at school, she begins to ask some uncomfortable questions about Clark's childhood. It turns out Clark's adoption was done through Lionel Luthor and arranged illegally through a front called, Metropolis United Charities. And while Chloe said she would stop looking into this, we all know by know that she won't and I don't think we've heard the last of any of this.

And then there is Lana, who failed miserably at a waitressing job a few episodes ago, suddenly opening a coffee shop?! I suppose it does her credit that she isn't letting a bad experience stop her from doing something!