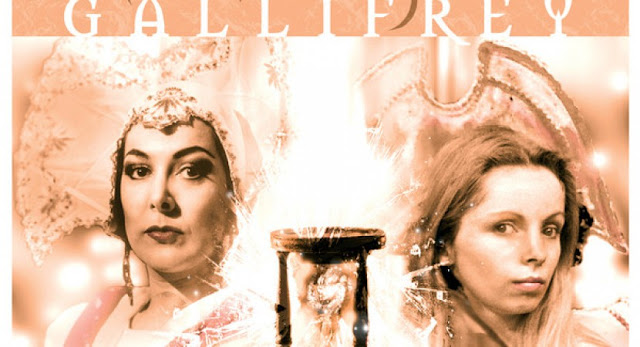 With a jumbled ball of plot points to get through, The Inquiry is a story which needs you to spend no longer than a day-or-two to listen too it, otherwise you'll track of everything it is trying to say. The story concerns Inquisitor Darkel, played by the late Linda Bellingham, who played the same character in the Colin Baker epic, The Trial of a Time-Lord, setting her sights on the President Romana.

The inquiry in question brings about some real-world conundrums. If an event can be averted so it never happened, critics may claim after the fact that nothing happened at all, therefore making the would-be-guilty, innocent because the event never happened at all and the drastic actions taken to stop it, would never have been needed. While all of that might sound ludicrous, it is something that does happen in the real world with the idea of disease prevention and environment problems. It doesn't normally lead to an inquiry like this, just some monetary problems, but it is still a good idea for a court-room drama to explore.

Unfortunately though the court-room plot is put on hold because of a different threat emerging from out of the left-field. No one other than K-9 Mark 2 seems interested in the threat until it becomes a problem, even though it comes with something of a countdown. Instead, Torvald and Narvin are busy with mopping up some of the plot threads left from the first audio. Leela is still serving as Romana's eyes and ears while trying to find out what happened to her husband Andred. Braxiatel is happy being his usual smarmy self and Romana is struggling to keep tabs on everything, until she gathers enough information to tackle the problem head-on.

For the most part, this audio comes across as a lot of jumbled jigsaw pieces before the final act actually brings the whole piece together to make things become a lot clearer and turn out to all be connected. But it does all come together for a fairly solid conclusion. And it is nice to hear Romana going full-on PRESIDENT ROMANA towards the end!

Putting the main plot aside, this audio does do some good jobs in terms of giving us backgrounds for some of our characters. We get some explanation as to the Braxiatel in the Bernice Summerfield range and the Braxiatel in the Gallifrey range. Narvin, Torvald and Leela come to blows on a number of occasions while Romana and Narvin are trying to build a trusting relationship despite the fact that neither party actually trusts one another. And once again Braxiatel turns out to be a big help for Romana. One could listen to Miles Richardson's voice all day long!