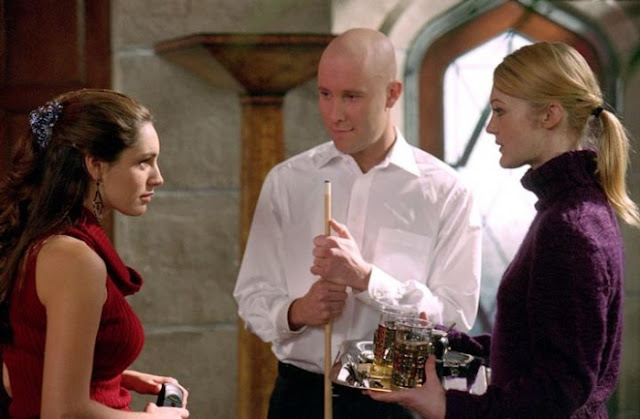 Shimmer shows us the nicer side of Lex and it turns out that he can actually be quite a nice guy. He refuses to seduce young maids, even when they have strange crushes on him. But the girl who set Lex as the object of her affections turns out to be a red-herring. It was actually her brother.

Setting this plot aside, we've got a storyline where Lana is having trouble, yet again, with Whitney, and has to get Clark to help with a blood drive. But that leaves Clark with something of a dilemma. How does anyone in this day and age get through life without giving blood or having a blood test?

Turns out Whitney's father is seriously ill and he hadn't told Lana, forcing a wedge between the pair. His father has heart problems, and we all know that is what killed Jonathan in the comics. A little foreshadowing there, I think!

And both Lex and Clark have women crushing on them. Both of them do the noble thing in the end and let them go. But one imagines it was a little easier for Lex to do that than Clark.