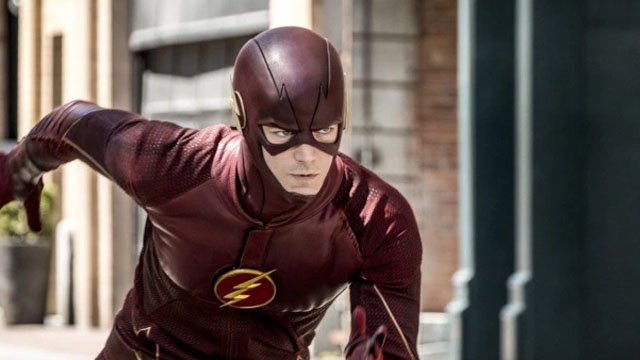 The fourth season of The Flash was one of its most uneven to date, even more so than its third year. The biggest problems was that there were a couple of promising villians who were undone by some strange storytelling and some of main cast underwent some confusing developments. If the show ever needed a fresh start, it is now. It is fortunate then that Season 5's opener, Nora, felt like the kind of break the show needed and from this opening, it feels like The Flash might just be getting back on track. If is unfortunate though that Season Five picks up straight off the end of the previous year and didn't attempt to buck any trend.

In fairness though, it wouldn't have made a lot of sense to time-jump away from the ending of the previous season. This episode seemed to be very much about the immediate fallout of Team Flash coming face-to-face with the future daughter of Barry and Iris and it does feel like a catch-22 situation in that there was no good way of moving away from the fourth season.

What is good though is that Nora's debut, played by Jessica Parker-Kennedy, seemed to work in the show's favour. It was quite hard to get a sense of what Kennedy would bring to the show in her sporadic appearences in the previous series. But this episode showed us that she exactly the sort of energy you'd need to keep up with this cast and she managed to demonstrate a good amount of awkwardness and charm in her performance.

Even better was the effort shown to establish a bond between a future father and his daughter. It is less so between Nora and Iris but as the episode and no doubt, season, goes on, that will become intentional. From the off we can see how Nora idolises her father but it kept until the very end, why. She's spent her whole life trying to live up to the example her father set, even though she never got to met him. This work as her chance to both meet her idol and change history so that he doesn't go missing in the mysterious Crisis. Hopefully though, if the show is going to be mucking around with history again, it had better be a different speedster from Barry to do it.

If I have a concern about anything, it is the ability of the writers to add another speedster into the mix, when they can't get a handle on the character's they've already got, a point I'll get onto later. But thanks to this episode, I'm a little more optimistic on the idea. More than anything else though, it was nice to see some throwbacks to the amazing first season. Barry uses Thawne's words to help Nora to phase the plane to stop it from crashing into Central City. And it was also nice to see the 'Flash Missing in Crisis' storyline coming into play again. At this stage it is too early to tell whether the show is going to involve that this year or at some point in the future but it is clear that it hasn't been forgotten about.

There are a lot of ways things are looking up for The Flash. Unfortunately though, there are still reminders that the series still has a chronic issue using the characters it already has. We've got the Killer Frost storyline still soldiering on the same way as it was the last season which is a let down. The previous season failed completely in allowing Caitlin to rise from her fall from grace in season three and dragging Ralph into the procceedings doesn't feel like a smart move for either character. One of the biggest things the crew have to do this year is to actually find a reason for Ralph to stick around as a main character.

And then there is poor Wally. He fared a much worse fate in season four in that the writers couldn't find anything for him to do and it was a welcome relief when the character went over into Legends of Tomorrow. But even that hasn't been something that has stuck and as a result, the character feels like he is in limbo. Actor Keiynan Lonsdale and his character deserve so much better and for that reason it is hard to no resent Nora's presence.

The villain front wasn't too good either. Daniel Cudmore, appears as Gridlock on his third appearence playing different characters across the Arrowverse. He felt like a opening episode villain that would be thrown away and forgotten about. In fact, you have to wonder why he had to be there at all, it is so tense in the plane scenes that the story just didn't need him at all. The only reason for Gridlock to be there is to introduce the main villain for this season, Cicada. And for now, Cicada feels like a lot of previous Arrowverse villains, wearing a full body costume, voice distorter and some kind of personal vendetta fueling his killing sprees. It is nice that this season is avoiding using another speedster as the villain but lets hope that there is more Cicada than first meets the eye.

So given the somewhat lacklustre Season Four, Nora does, overall, feel like an improvement for Season Five and it quickly forges a bond between Barry and Nora. But on the other hand it also quickly makes it clear that all the problems that plagued the previous couple of series' still haven't been cleared up. It is perfectly clear to that, if The Flash is ever going to get back on track, it will be a long road to recovery...