Batman: I am Gotham - Review 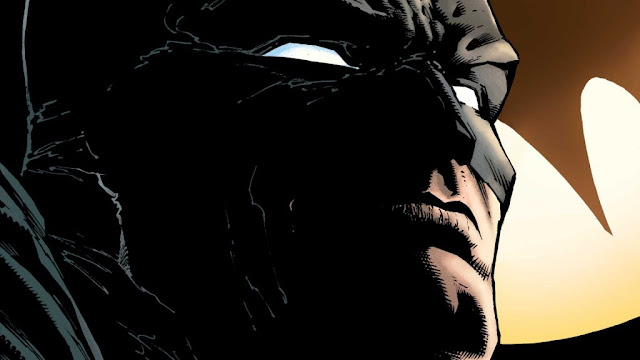 DC Rebirth was something that was much needed by DC Comics. So much had been changed under the New 52 regime and many fans didn't like. But it can't be an easy thing to create a brand new universe. With many titles cancelled in the middle of their New 52 runs, the only one that stayed strong was Batman. And the reason was Synder and Capullo.

Even their time had to come to an end. Synder still writes for Batman but in All Star Batman and not the main title. So who would take over? That job fell to Tom King.

Before Batman, Tom King wasn't a houshold comic book name. He had written some successful titles for DC, The Omega Men and Grayson.  Coming off from Grayson he was given the job of breathing new life into Batman. If he succeeded then he would heralded as one of the best writers to ever produce the series. No pressure then.

King decided to what Synder had done and introduce us to an plethora of new characters. Finding himself near death, Batman is suddenly saved by Gotham and Gotham Girl. At first, we know very little about these two except that they can fly, have super-strengh and are basically Gotham versions of Superman. But Batman is faced with a dilemma about the pair. One he often comes up against. Can they be trusted?

Luckily though, Batman knows the lengths of being a man, how easy it is to give up and succumb to death. With Gotham and Gotham Girl out there, if something did happen to him, he could leave the city in their hands. Everything is going brilliantly. Then an old enemy comes out of the shadows.

King must be given a big credit because this is his first Batman arc and he does, for all intents and purposes, knock it out of the park. While the story as a whole isn't perfect and there are a few things that will hold this story back for some readers. In the third act, there are some events that aren't shown and we are supposed to just except it. But King should have understood that if we saw these things happening then we would relate and like our heroes better.

But a comic book writer is nothing without a powerful artist behind them.  In this case, the artist duties fall to David Finch. Finch has a successful history with Batman, he wrote and drew the same series for some time and worked most recently, on the Batman: Dark Knight series. He knows what he is doing. His art here is top notch and each character is well represented in the panels. It doesn't matter if it is an exhasperated Jim Gordon or a worried Alfred, we know what the characters are thinking because of how well they are drawn.

It will be unfair if everyone in the future compares Kings work on the title to that of Synder's. It is good then that King seems to know that and he makes his work so much different from his predeccessor. While Synder has gone from the main title, Kings first story arc, I am Gotham is a success, a story that does have its ups and downs but is ultimately an engaging read. King shows confidence in the story he is trying to tell and promises some fun in future narratives.

I am Gotham is a worthy read for anyone who calls themselves Batman fans...