Doctor Who: The Monster of Peladon - Review 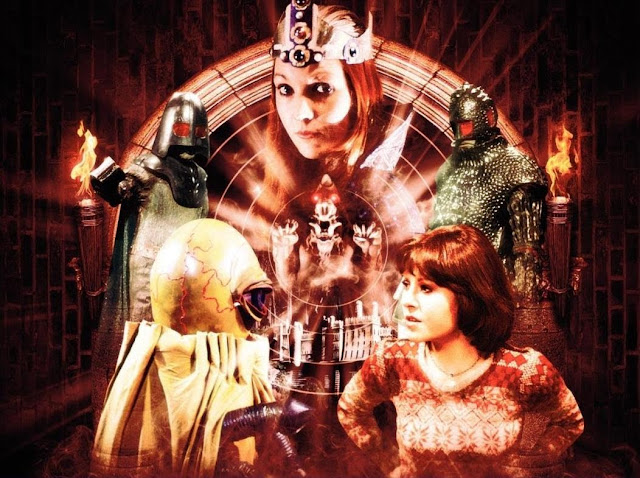 When it originally aired in 1972, The Curse of Peladon was one of the greatest triumphs of its time. It is little wonder then that Barry Letts and Terrance Dicks wanted to return to an early triumph in the form of a sequel. Trying to capture the same tone and feel as the first adventure, original writer Brian Hayles returned along with a number of cast members and established characters. It was an attempt to see if lightning would strike twice. It didn't.

Monster of Peladon falls into the same problems with sequels. Rather than trying to explore something new, Hayles takes the lazy route and retouches the script for Curse of Peladon. He has to stretch the whole thing out to six episodes too, leaving our heroes to run around in tunnels and meet miners. This is everything that many don't like about the Pertwee era, too much running around and standing around talking. And things move from one badly staged action sequence to another, one even clearly shows the face of Jon Pertwee's stunt double, Terry Walsh!

Before their return on screen in 2013's Cold War, The Monster of Peladon marked the final appearance of the Ice Warriors on television. It is a shame then that the ones we see here have gone back to being the lumbering aliens they originally were and undo all the work that went into Curse. The Ice Warriors work so much better as uneasy allies, they are so much more interesting that way. 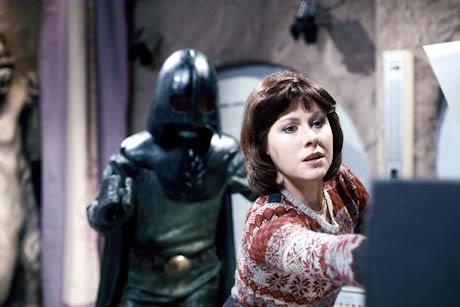 Sarah Jane, (Elisabeth Sladen), forgets the old Panto tack of looking behind you!﻿

And it also looks like Jon Pertwee can't be bothered anymore. And I can't really blame him, it is hard to be enthusiastic about material like this. The supporting characters are virtually the same, even down to the actors. The only change is that King Peladon has died and now it his daughter on the throne and Hephesh is now Ortron. But Ortron is just the same as his previous incarnation and the Queen is very weak willed on this planet.

Without a royal to romance, Hayles has no idea what to do with Sarah Jane. If she isn't worrying about the Doctor, then she is being held hostage or telling the Queen all about women's lib. This is a story where everything is one big shame...