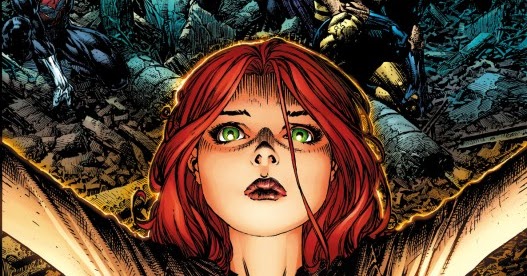 Having narrowly missed Messiah Complex when I first got into comics, Second Coming was my first big X-Men crossover event. I have fond memories of reading it in the British reprints by Panini Comics a few years later. I recently got the graphic novel for a birthday and my question was whether this story was still as good or had my nostalgia hyped it all up? Well, this is my answer.

Second Coming wraps up a story that really started in House of M which saw a deranged Scarlet Witch wipe out all but 198 Mutants of their powers. Messiah Complex was released a few later which saw the first mutant birth in many years in the form of Hope. I didn't hype Messiah Complex hype as much as other reviewers when I read it and didn't find it as good as some did. But it was still a cracking story. Messiah Complex ends with Cable rescuing the baby and taking her into the future to protect her.

Second Coming picks up where that story left off and is just as excellent. Cable and Hope return to the X-Men's present. She is a teenager now and thinks she is ready to be the messiah that the mutant race see her as. But there are a lot of humans out there who are looking to wipe out the mutant race. Once Cable and Hope show up, they are picked up on Cerebro and Cyclops sends out a series of teams to rescue them. But he underestimates how many mutant hating groups are gunning for the pair. And that the robot, Bastion has reared his ugly head again. There are some deaths along the way before the X-Men realise that Bastion is using the technological virus living in Cable's body to track them down. 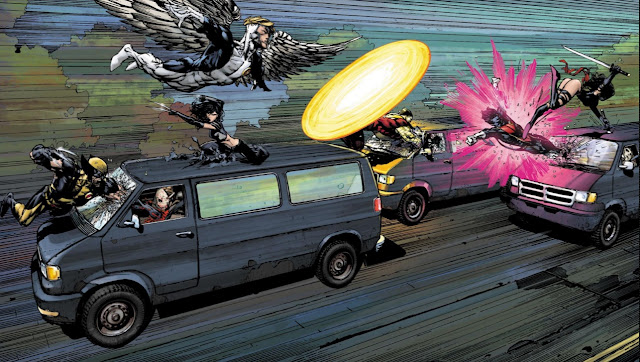 One of the many epic, blockbuster moments in this book, Wolverine, X-23, Angel, Colossus, Magik, Nightcrawler and Psylocke kick some series ass.﻿

But Bastion and his allies have more than just the Mutant Messiah on their minds. They want to exterminate the rest of the mutant race too. He has created a way to cut off the X-Men's home of San-Francisco from the rest of the world that is impervious to any form of attack. There is also a barrier that has opened up that leads into the future, a future home to the Nimrod Sentinels. The Nimrod's have succeeded in wiping out every single mutant in their timeline and now it is only a matter of time before they do the same again here.

As more and more mutants fall, Cyclops is forced to the end of his plans, he sends X-Force along with Cipher and Cable into the doomed future to stop the Nimrod robots from coming into their timeline. One problem: they won't get back either.

Reading the book, one might argue that there is almost too much going on. At the time of its original publication, it involved almost all of the X-books that were out at that time and the story runs for twelve issues. A lot of the X-Men's old foes are teaming up in the beginning as well before stepping aside for Bastion and the Nimrod Sentinels in the final chapters. Cameron Hodge has an epic fight against the New Mutants at one point but even that feels like a side story against everything else that is going on. Perhaps Second Coming could have had a better focus on the Cable and Hope storyline instead, given how they are the main focus of the piece. 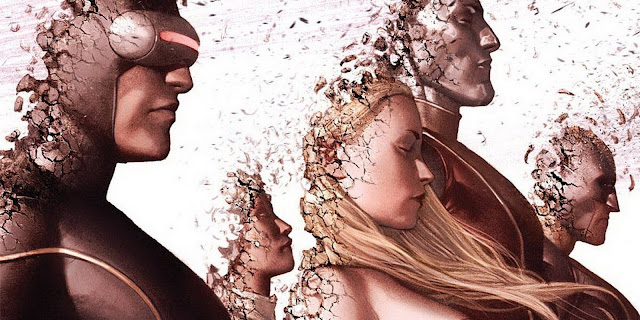 The X-Men do Infinity War before anyone else...﻿

Still, there is plenty of excellent action, there is a great image of the X-Men teleporting onto a motorway and attacking a band of vehicles that are attacking Cable and Hope. Even though it is only drawn, it looks like something that wouldn't be out of place in a summer blockbuster. The powers that were at Marvel at the time certainly packed in every possible X-Men character they could and even killed off a few. But at this point in comic book history, death is never the end. They kill off and bring back characters so often that it doesn't mean anything to me anymore. It just doesn't have the same impact.

There is a lot of foreshadowing for events down the line too, in particular, Avengers Vs X-Men as the Avengers were useless at trying to bring down the barricade that trapped the X-Men. The book goes to a great deal of care in making the mutant's feel hopeless against the prospect of extinction. It was the book that helped me choose the side of the X-Men in AVX.

Even though I thoroughly enjoyed this book, for many fans, this wasn't the X-Men anymore. Many fans herald storylines like Age of Apocalypse and X-Cutioners Song as some of the best stories to feature our favourite mutants. But for me, Second Coming is up there as one of the best X-Men stories of all-time, it is a well worthwhile title, especially if you are considering further reading...