Doctor Who: The Creed of the Kromon - Review 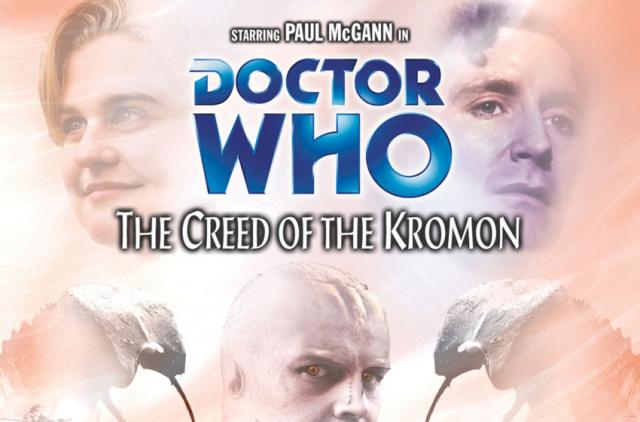 What can I say about this story? Well, just watch Vengeance on Varos instead, it is by the same author, there is the same horror/body mutilation and it is a much more entertaining story, which is saying something because I'm not too fond of that tale either.

Actually, that summery isn't quite fair, there are a few new elements in The Creed of the Kromon, but the overlap between the two is very noticeable, even down to the companion being removed from proceedings for almost an entire twenty-five minute episode. There are also some camp, insect-like aliens, along the lines of Sil but no corporate television programming brainwashing the viewing populace.

One can only pity The Creed of the Kromon because it all started out so well. It opens with the Doctor and Charley having to pass the test of some mind-warping entity and land on a world full of giant ants plus the new companion C'rizz literally runs into the pair while escaping captivity. We get some good scenes with him which allow us to understand his character a bit better but then the mind-numbing plot kicks in. The rest of the story consists of his masters capturing the gang, they escape, are recaptured, escape, recapture and this is topped off with a bit of body horror which is very difficult to listen too.

Perhaps my main problem with this story is that the Doctor does nothing to help his friend. Instead, a little furry critter turns up from time-to-time to give companion-like advice and without his intervention, the Doctor would have escaped.

To add further insult to injury, the Doctor and Charley seem to have reverted to how they were in The Stones of Venice. That might have been fine had the Doctor not undergone some serious changes to his character in the previous adventures. It is almost like Zagreus and Scherzo never happened! It was high time that the Doctor changed his foul mood but I would have liked to hear him and companions having an adventure.

Sadly there is little to offer about this story besides the introduction of Conrad Westmaas as C'rizz and the framing for the next few adventures of the Doctor + friends being sent around by the mind-warping entity called Kro'ka. Voiced ably by Stephen Perring, Kro'ka is witty, shady and intriguing. But he isn't enough to save this play...