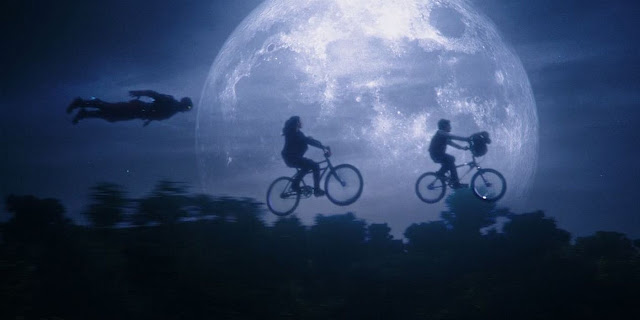 The trailer for this episode made it seem like Legends of Tomorrow had finally become to funny and over-the-top for its own good. The team join forces with a young Ray for a spoof of E.T. But pleasingly, as always, the show managed to steer clear of being a pure disaster by tempering its silliness and goofiness and adding touches of drama and playing up to the strong team dynamic. As a result, Phone Home is Legends of Tomorrow at its very best.

The episode doesn't hide the fact that it is playing with elements of E.T. and there are certainly plenty of eighties and movie references, including one from Aliens thanks to Amaya. But it never becomes a Legends/Stranger Things mash-up even though those elements lend themselves very helpfully in this tale. The whole point of the episode was to explore Ray's charm and personality after all, who else in the team would befriend a hungry alien they meet in a sewer pipe?! 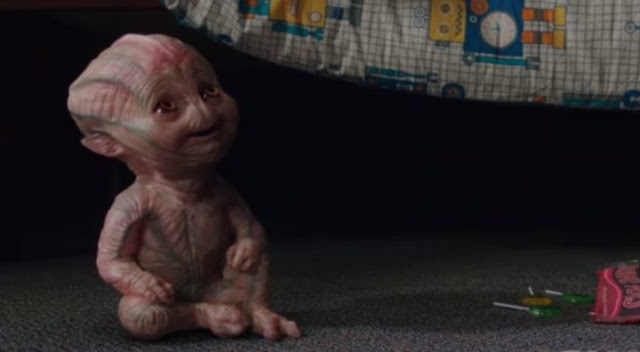 Of course, this isn't the first time the show has delivered an episode around meeting younger members of the legends. But it is something that has continually paid off in this show since the second episode when Stein meets a younger version of himself and sets wheels in motion. This time, it is Ray who travels back in time to 1988 and discovers that his childhood wasn't as a peaceful as he had remembered. This makes for a great look at his character. What becomes clear farely early on is that his cheerful outlook on life comes from the fact that he never fit into the world he was brought up in. Young Ray, played by Jack Fisher, contrasted brilliantly with Brandon Routh's take on the older version of his character.

For the most part, this episode did little to tie into some of the bigger plot lines in this season and instead looked back to the previous crossover, Invasion, by framing the conflict around a baby Dominator lost and searching for its mother. It was fun to see these aliens in a much less evil perspective and it leads to a story that is slightly predictable, but tells us about a boy finding a friend and adults learning not judge by appearences. Certainly this was a low-stakes conflict but boy, was it one hell of an entertaining one! 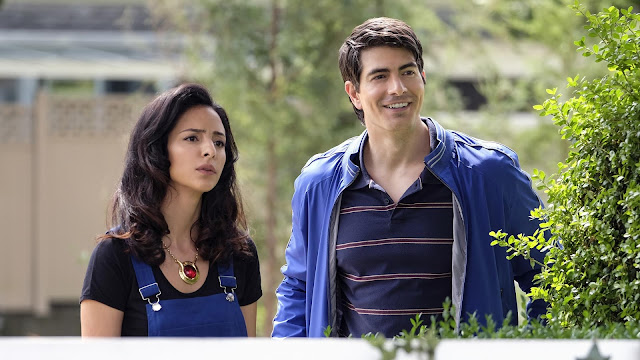 Most of this episode seemed happy to try and capture a 'Steven Spielberg'-esque feel and celebrated the power of movies. I certainly found myself grinning for large segments of this episode. How can you not be won over by the sight of a baby Dominator bobbing his head along to Singin' in the Rain?! Or Mick admiting he is a fan of Fiddler on the Roof? And who could forget Zari using her power over the elements to recreate the climax of E.T.? Ultimately though, these elements were out-done by the baby Dominator getting the evil government stooges to break out into song! Surely its no coincidence that the two strongest moments of this episode feature songs, does this mean we will get a Legends of Tomorrow musical episode soon?

The story arc surrounding Zari seemed to be the only strange piece of an otherwise brilliant puzzle. Other than exploring Ray's origins, this episode seemed to try and cement Zari's bond with her teammates and cement her place as Legend. It is certainly a nice meaning with Zari talking about people finally finding their families but it doesn't seem quite earned just yet. And it is also obvious that the producers and writers don't know what role they want her to fit at the moment. Sometimes she comes across a wide-eyed newbie and other times a cynical futurist. But either way, actress Tala Ashe isn't quite up to the acting standards as her co-stars just yet. But I think there are some big things coming her way soon. 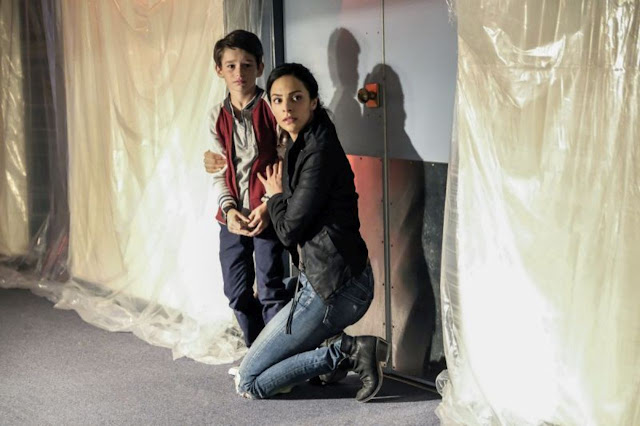 Amongst all the fun and eighties pop references, this episode also began the sadder side note of writing Martin Stein, one half of Firestorm, played by Victor Garber out. Even though Garber is gearing up for a big Broadway stint, it will be a shame to see him go. You can't really fault Stein from wanting to spend time with his new grandson, Ronnie. Especially when he completely missed his daughter's childhood. And this gave us a brilliant little moment at a hospital with Stein, Jax and Mick.

The one main concern I have about this plot thread is how they are going to deal with the Firestorm situation. The idea that Ray can cobble something together to give Jax all the powers of his fiery alter-ego seems a little like a cop-out. The whole point of Firestorm as a character is two heroes having to work together. Removing that element from the character means he becomes a cheap Human Torch clone. Hopefully, this will lead to the show introducing a new Firestorm. Maybe Ronnie will be coming back?

At the end of the day though, Phone Home is a brilliant example of what makes Legends of Tomorrow so much fun to watch. With a few more episodes like this, hopefully Season 3 will top the mighty bar set by Season 2...