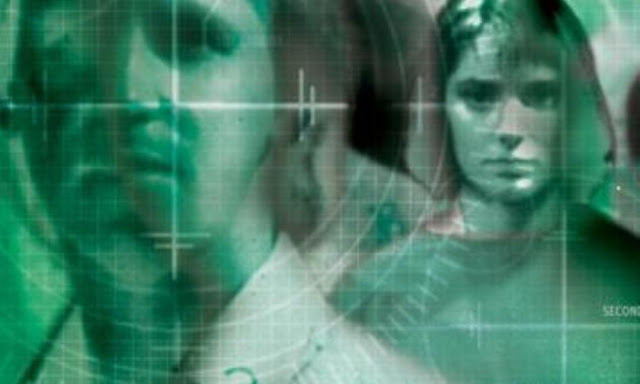 In its television persona, Doctor Who has always been considered a family show. But when the show was cancelled in 1989, the other mediums that the show survived into were very much aimed at adults. Books and audio adventures dealt with some very mature themes. Nekromanteia is a brilliant example of this, in addition to the usual threats and death, there is blood sacrifices, beatings, mutilations, canniblism and implied rape. Even the normally clean companion Peri makes a comment about the baddies having them by the short and curlies.

Actually, their captors do. Prompted by the words of a seer, new audio companion Erimem asks to see Nekromanteia, a dangerous space system. But she, the Doctor and Peri arrive in the middle of a very bloody war. On one side of this war is a nameless corporation, which treats its workers as slaves, keeping them at work through bribes and threats. The chairman of this corporation is after some relic on the planet of witches. And on the other side are the witches, women who ritually kill their captives on alters. Soon the TARDIS crew find themselves seperated and Peri and Erimem believe the Doctor to be dead and find their hope in the form of an archeologist who wants to steal the treasured relic. But he also has another plan, one that uses the two girls as pawns.

Nekromanteia is very dark and bleak but it would have been more interesting to see how this story played out had anyone outside of the TARDIS crew been sympathetic. Instead, the script becomes rapidly predictable as when no one can be trusted, it comes as little surprise when betrayals occur. The attacking Commander and his female assistant jockey for power against the greedy corperation chairman. The archeologist will stop at absolutely nothing to acchieve his goals and picks up Peri and Erimem as his companions. And even the screaming and cackling witches are up to something dodgy.

But none of this makes Nekromanteia suitable for the casual listener. It is made even harder by refering back to The Eye of the Scorpion, the first story for Erimem. But according to the linear notes in the booklet, this was designed to be her second story but was pushed right back at the last minute. However, several years later, this really means that Nekromanteia can't be taken out of context as so many other Big Finish adventures can be. This rules out a large number of casual listeners who just want to listen to single, standalone stories. Add all the violence in and even fewer people will be interested.

This is a story for Fifth Doctor fans, completists or people who want to finish their Erimem collections...