Doctor Who: All Hands on Deck - Review 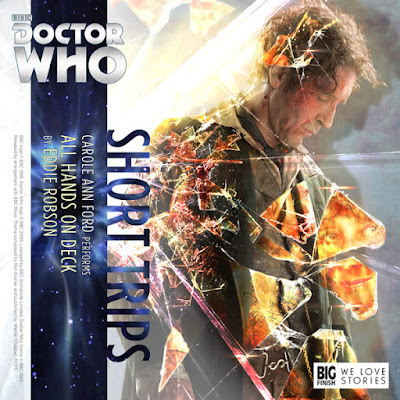 Susan Foreman's life away from the screen as always been something of a mystery. Is her name really Susan? No, probably not. Is she really the Doctor's granddaughter? Well, that depends on who you ask. Did she live happily ever after with David? Certainly not.

Since the show returned to our screens in 2005, the Time War has loomed over everything. At one point, the Doctor states he is the last of his kind and all his family are now dead. The question was where this left Susan who, presumably, was still on Earth. All Hands on Deck seems to answer that very question but manages to make several more in the process. And considering that Big Finish is rolling out a Time War boxset later this month, perhaps the end of everything in the Doctor's life is coming sooner than we thought.

Carole Ann Ford does a really brilliant job narrating events as the older Susan. This story is set not long after the events of Lucie Miller and To The Death and the story homes in on the rougher, sadder and ultimately, lonelier Susan. It is evident she isn't the child that she used to be. This is the very fact that the story seems to hammer in at every turn. It is very refreshing to hear a companion being competent and handling things before the Doctor turns up to turn everything upside-down. And when the Eighth Doctor does eventually turn up, he brings him a papalble sense of dread and foreboding. Susan and we listeners know something is going to happen and that this won't be a happy reunion.

By some miracle, All Hands on Deck manages to be both sad and beautiful at the same time. From a strong year for the Short Trips range, it manages to be one of the strongest of their releases. It gives us a long overdue payoff from things that happened in The Dalek Invasion of Earth, Lucie Miller and To the Death. And it sets things up that we will hopefully get to see in the near future...