Bernice Summerfield: Beyond the Sun - Review 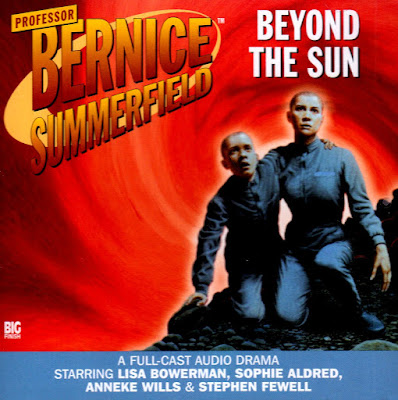 Out of the six novels to be adapted to the audio format, Beyond the Sun, is the only novel to be adapted by its original author, Matthew Jones. And much like how he did in his original novel, Jones explores human society through the two contrasting alien species of the Ursulans - who have no rules within their culture, which allows them to develop their own codes to live by and the Sunless - who have nothing but conformity and have invaded Ursu in a quest to recover technology stolen from their home planet.

Jones also successfully incorporates Benny's habit of writing into her diary as a way of continuing the story. It is unfortunate then that this was the only Big Finish release to include this piece of Benny's personality. Throughout her travels with the Doctor and her own solo her diary was an important piece of her character because it provided us with the insight as to who she was.

As with her first outing, Lisa Bowerman is on top form here, demonstrating effortlessly the feelings Bernice still has for her ex-husband, Jason Kane. Despite their marriage failing in Eternity Weeps.

In what would prove to be his first of many appearances as Jason Kane, Stephen Fewell gives us a good performance, even if Jason's participation in this story is limited.

And as for the students Bernice takes under her wing, well, Emile Mars-Smith is played well enough by Lewis Davis. But Jane Burkes' Tameka comes across as really annoying in just about every scene she features in.

Former companions, Sophie Aldred and Anneke Wills make appearances her too. Aldred seems to relish her role as the over-the-top villainess, Miranda and Wills comes across as utterly believable as Doctor Kitzinger. Both roles are light-years from those of Ace and Polly.

So, Beyond the Sun might not be the best Big Finish audio on the market but it has its own endearing charm and appeal as Benny reveals the code she choices to live by. It really is a great testament to her long-lasting character...