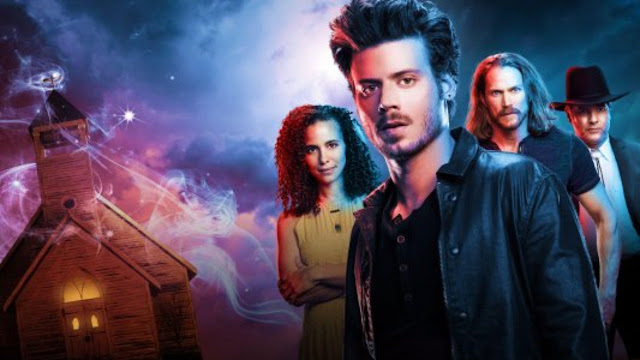 Angel Heart is the first episode of Midnight, Texas where there is a singular plot, all it took was the right moment to flip the switch, wrap up the Manfred/Hightower and Aubrey's killer plot and you can now focus on something which is going to affect everyone in the town. Would have it been nice to follow this singular plot through the eyes of each individual character? Sure it would but that doesn't help when you are trying to breathe life into a whole town. That is what needs to happen now and that can only happen when there is a core problem for the core group of characters to fight.

Angel Heart takes us right into the backstory of a character I wasn't expecting to get a backstory on just yet. Of course, it was only right that we learnt was what next for Joe now that he has properly announced that he is an angel and used his light to save Creek from her psychopathic brother. But using his light has meant that he has alerted other angels to his whereabouts. 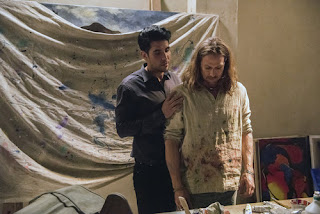 Now I will admit, Joe wasn't the most interesting character in the beginning but he certainly manages to hold your attention when you discover he comes from a completely different character as the rest. Getting into the stories of heaven and fallen angels is pretty deep but so far, I think the writers and producers have handled it well. And a bounty hunter arriving in town, hunting Joe for leaving the angel's fold is a brilliant way to introduce us to this elusive character's background. His story and what that means for Chuy makes this episode entirely worthwhile. I felt the same level of engagement as I did with Lem's origins.

The bounty hunter angel has to be one of the best creatures to arrive in Midnight, everything else that has turned up has been strong and powerful but didn't have the level of personality that Bowie had. Not only did she have formidable powers but a solid personality to have some interaction with. And her ability to see secrets works perfectly when you have a cast of characters like this. Normally, I don't like stories surrounding secrets in my television shows, they are never as interesting as the build-up, but this is the first time I have seen it used where your greatest weaknesses really are your downfall.

The action at the end of the episode didn't disapoint either, never would I have imagined at the beginning of the season that we would get to see two angels in a fistfight! And it wasn't a fight where there was a magical way out of, it was quite literally, brutal. I particularly liked the notion of being trapped by a psychopathic angel and what that might entail. Being trapped by someone with that level of power would be playing a waiting game. I was a little shaken by the sheer brutality of the notion and that it might mean one of our great characters would bite the dust. 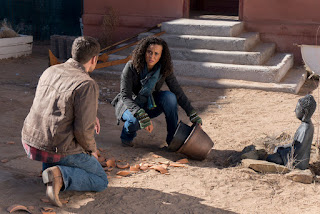 Following the events of the previous episode, I didn't mind getting into the mindset of Creek so much. The only thing missing from Creek's character was what brought her to Midnight in the first place. What was it that made her fit in so well with all the other misfits of Midnight? And I also enjoyed seeing where the other characters were at following the previous episode, even when the thinning of the veil was revealed, it didn't change what they were going through. Fiji is still being terrorised by the demon that calls her name and touches her and we are still seeing the ghosts that haunt Manfred. Any other show would have made something of a mistep by now, so far, this show has been consistant enough to keep things going in all the character's lives. Other show's wouldn't have and there still feels like there is so much more to explore.

And despite everything that happens in this episode, they still found time to discuss the larger picture looming over them all. Joe brings up the notion of a war and I think for the time being, it is best left as that, a notion. Best to keep the mystery and there will be a greater impact it will be when we don't know what to expect.

Angel Heart has to be one of the best episodes of Midnight, Texas in terms of its content. There is an excellent villain with an properly interesting backstory, action sequences that took full advantage of the powers a group of supernaturals would have and a true fear that we might loose someone in the future. The episode is happy enough to end by giving a number of our characters some time to breathe but only time will tell what this battle is going to mean for our characters...