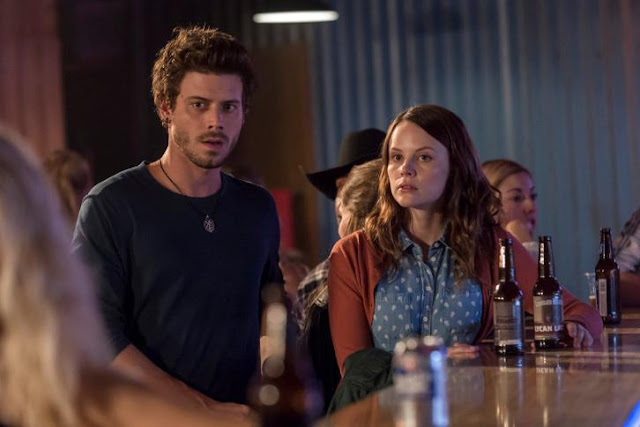 The previous episode saw some excellent character development for a character who easily one of the best when it comes to the cast of characters for this show. But lets not forget that that was then and this is now. In this episode things are shaken up a bit and what better way is there to do that than by an ancient evil trying to kill people?

Unlike the previous episodes, Sexy Beast starts off by showing us what is to come, part of me likes this, as someone who watches Supernatural, I like to know what is coming but I had welcomed the freshness of this show with things unfolding before us with the viewer having no idea what was coming next. I liked the way the producers tackled the Succubus, who was basically a Siren but more than that, I liked the way Manfred got himself involved in the supernatural hijinks. I had thought this was to be another case where he decides to play the hero but this was situation where the solution was right up his street. For Manfred, it is his problems which are more interesting than his interactions with the other residents of Midnight, his life has certainly come with a lot of baggage. He isn't someone who knows how to stay in one place for too long and isn't equipped to deal with his enemies. And he certainly isn't stable enough to make a legitimate plug for some cash.

Looking at the plot of this episode for a moment; there was quite a build up between Manfred hunting the Succubus and then finding the Succubus, while she sunk her teeth into one good-looking guy after another. Manfred is certainly the best equipped for this type of task but his psychic powers will only get him so far. Perhaps my biggest problem with this episode was that the Succubus wasn't as terrifying as she had been, especially when it came to the showdown. Most of the citizens of Midnight could have handled her without too much trouble but I'll give the producers credit through the appearance of a monster like this, bigger things are coming and that means even deadly dangers. 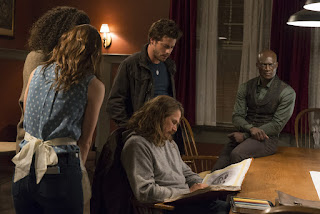 After my many years of delving into television, Midnight, Texas is the one show where I don't have a problem with the relationships between characters. At first some did throw themselves at each other a little too quickly but after a short think, I decided I didn't mind it too much. Each relationship has the power to become something more and the whole thing between Bobo and Fiji continues to interest me.

In my review for the previous episode, I had said it felt a little uncomfortable that these too had this much sexual tension with Bobo's fiancé having only died one episode before. But throughout this episode I saw how sweet they were and their kiss at the end felt just right, especially when you consider how long the pair have been best friends.

I had also said in my previous review that Olivia needed some more character given to her than just being the local assassin. And luckily, this episode delivered in spades. It was certainly a necessity to show us what she gets up to when she isn't helping the people of Midnight and it changes things up, in a good way, to show us that some citizens can leave the town. Things would get very boring otherwise. After everything we see in this episode it is easy to understand why she is such a good fit for Lem.

But Olivia isn't the only character we see get some background to her as Bobo also gets the same treatment. We didn't need a lot for him as at this stage in proceedings, he isn't as big of a player as Olivia. But what we did learn about him when he goes all commando isn't that surprising but a nice little note for him.

Sexy Beast was an entertaining and engaging episode for a number of reasons but mainly because it continued its well done character development, this time on something of a more personal note. What this episode really did though was give us a little taste of what is to come and for me, the producers created enough investment for me to keep me glued to the screen...