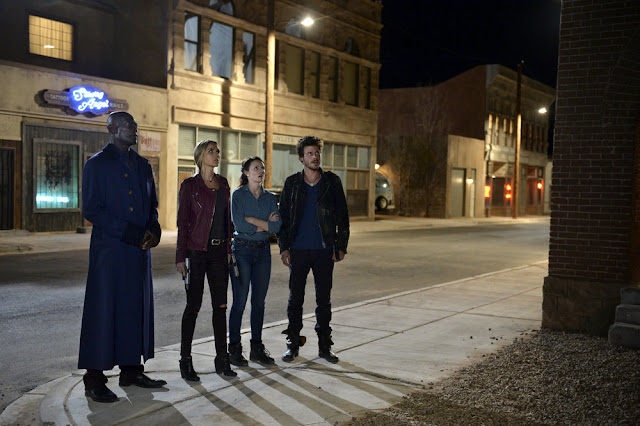 With a title like Bad Moon Rising, you can kind of guess which supernatural creature is going to appear. There are after all, only so many out there. But this episode gives us plenty of twists to keep things really interesting and is a big step up from the already brilliant, Pilot episode.

The best twist was in having the Reverend turn around and become a Weretiger, rather than a Werewolf. Weretigers aren't something you see very often in media, either books or television and personally, I would argue that they are much scarier than a wolf. I'm more inclined to be scared of a tiger than a wolf. Seriously, do you know how many people they kill a year? If you don't believe me, check out some statistics on the internet, it is a disturbing amount.

We get a little more with Olivia this episode, it felt right that she is perfectly willing to kill the Reverend if things go as wrong as they do. It is even more disturbing that he is willing to let her do so. But despite their close friendship, he knows she will do anything do get the job done. It was Lem who found another way and who acknowledged that the tiger and Reverend are two separate entities but chose to save the life of his beloved friend. It is an interesting dichotomy of their relationship and I hope it gets explored later down the line. 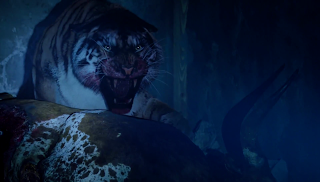 Perhaps the biggest shock of this episode was that we lost both of the Sheriffs who were introduced to us in the previous episode. It felt a little odd because both characters felt like they were going to play big parts in the grand scheme of the season, especially Sheriff Livingston. I wasn't expecting his car to explode. But the writing was on the wall for Deputy Gomez when she investigated the Reverend's bunker. Curiosity always did kill the cat.

But I'm not sure how I feel about losing both of these characters so early on. Someone else is going to investigate their murders. Surely they won't just ignore the consequences, especially with Olivia believing they need to get Midnight off of the police's radar. I just don't know. But it certainly added some much needed menace to the Sons of Lucifer gang.

To surprise of virtually no one, it looks like one of the gang murdered Aubrey. But is it all as simple as it really seems? Sure, they are the sort of people who would kill police but everyone in Midnight is scared of them. I really wouldn't be surprised to find that someone else was using the murder to pin on them, to get them out of the way.

I'm expecting the Sons of Lucifer to be tied up in whatever prophecy that Joe foretells and whatever the demon is that lives under Manfred's house. If not, then the name Sons of Lucifer feels a little too 'on the nose' for me. But I am more excited about the prospect of the demon under Manfred's house and what it could mean for the people of Midnight.

The demon is much more interesting than those we see in Supernatural or Sleepy Hollow because it seems to be so attached to one of the most interesting characters on the show, Fiji. The creature seems so attached to her that it can't mean anything other than certain doom. Perhaps it means to possess her and destroy everything with her magic. There is just one problem, she can't be possessed. But that doesn't seem to be stopping that demon as he continues to haunt her. Fiji is such a brilliant character, so long as this plot doesn't end in her death, I'm happy to see it play out.

Even though the previous episode was a strong entry, this episode really tops it. Maybe it is because I am more centred in this world now I know what to expect, but the pacing and tone also improved from the opening episode, which is understandable.

But to those who don't like this show, this is still early days, the best, as they say, is surely yet to come...