Doctor Who: Invaders From Mars - Review 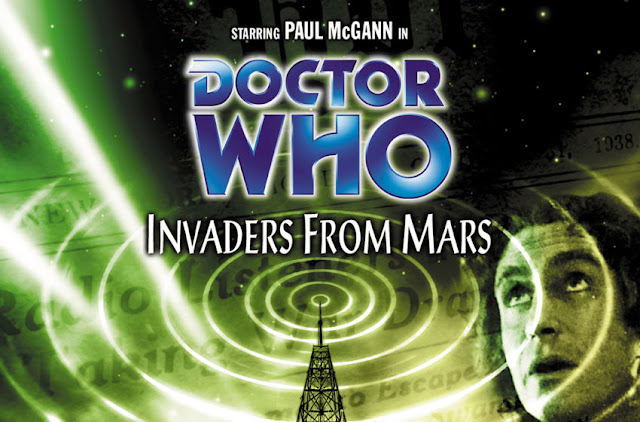 Invaders From Mars has a brilliant premise, what if during the Orson Wells' radio broadcast of War of the Worlds - an actually alien invasion happened?

It is a shame then that many listeners don't enjoy this story's execution. And it doesn't help that this tale comes right after The One Doctor, a story that many Big Finish listeners love. This story is a parody too but it takes itself too seriously and comes across as a messy jumble of other genres. Instead of an exciting adventure in time and space, it feels like a reboot of Mars Attacks and that was something else which was marred by too many ingredients.

En-route to Singapore, the Eighth Doctor and Charley find themselves in New York, tripping over clichés before they can even take three steps. And then they literally trip over the corpse of a private detective. This Doctor, who has just shaken off three incarnations of angst is determined to play the wide-eyed innocent, impulsively taking up the dead detective's last case. Charley doesn't get a long time to play the voice of reason as she is quickly kidnapped and is kept well out of the story. The Doctor instead ends up working with the client of the dead detective, a woman with the highly improbable name of Glory Bee. While searching for Glory's missing uncle, the come across a web of mafia fingerprints and alien ray guns.

After the opening scenes Charley might just as well have gone back to the TARDIS and left, she is shockingly underused. The Doctor on the other hand is in his element. He finds himself surrounded by people with painful American accents. And while I normally have no trouble keeping track of proceedings in a Big Finish play, I found myself wondering who half the characters where and that was with me having listened to this story twice!

But I did enjoy the final twist with Orson Wells even if it was over too quickly, it is normally only in the new era of the show that the Doctor barges into situations and demands that people listen to him.

The rest of the story is just a mess...