Doctor Who: The Horns of Nimon - Review 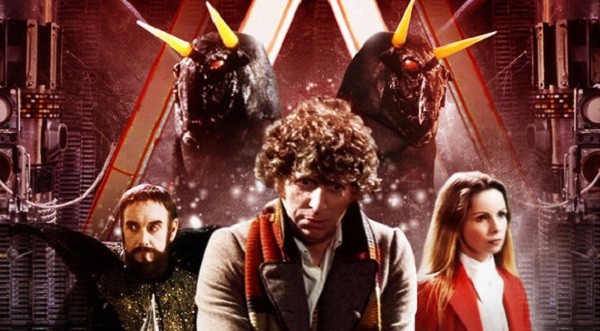 If you've come to The Horns of Nimon looking for an all-time classic for Doctor Who, then unfortunately, you've come to the wrong place. Instead, this story is a perfect example of a bad Doctor Who story but most incredibly, as this story demonstrates, that isn't necessarily a bad thing! 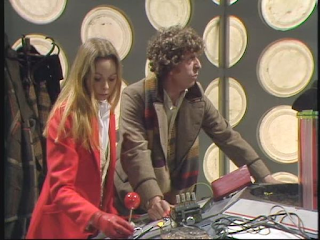 With the famous cancellation of Shada, this was the story to close the 1970s run of Doctor Who and the final story to be produced by Graham Williams and Douglas Adams as script editor. Thus The Horns of Nimon brings their time on the show to something of a bad end.

From the reviews that surround this story, this is one that divides fans. You either like it or hate it. Personally, it is a bit of guilty pleasure for me, bordering on me loving it! It is a story that is so astonishingly bad that it ends up as a load of fun. It is Doctor Who if it were a drunken pantomime. From the moment the Doctor gives K9 mouth-to-mouth, you know not to take it seriously.

In the same vein as Underworld, this story takes elements of classical mythology - in this case, Theseus and the Minotaur - but manages to do it in a far more entertaining way. Substituting for the Minotaur is the Nimon, one of Doctor Who's most lovably laughable monsters. The paper Mache heads are bad enough but the platform boots, boost them to a whole other level of naff.

But no matter how funny this story is, nothing can take away from the fact this is a shoddy production. The memorable sets and costumes look like they have escaped from a bargain basements and there is nothing remotely special about the effects.

And then there is the acting. Ooh...the acting. Normally, I defend some of the performances that border on the bad side for my favourite show but even I just can't do that here. Graham Crowden's performance is outrageously over-the-top as Soleed, in fact it has gone down in history! Through his shocking performance he dominates the proceedings, even taking focus from the mighty Tom Baker and Lalla Ward. But everyone else apart from Baker and Ward aren't really giving performances that are memorable...