Doctor Who: Warriors of the Deep - Review 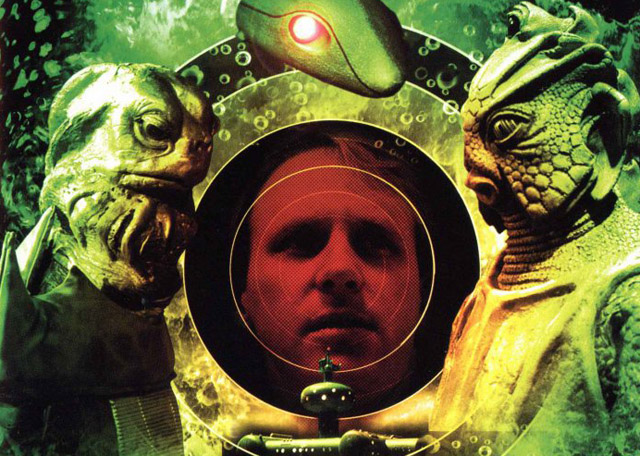 Warriors of the Deep ends with the Doctor wishing there had been another way. Many fans hear him having watched this story, almost everything doesn't work and that must have been visible to the production team even before the Myrka entered the set.

For the most part, the Fifth Doctor era is something of a nostalgia trip. Producer, John Nathan Turner was something of a slippery PR man who was perhaps unwisely given control of one of the country's greatest creations and he constantly rummaged through the show's history just to get more viewers, even if it meant that the story would suffer. And that is how Warriors of the Deep ended up the mess that it is. 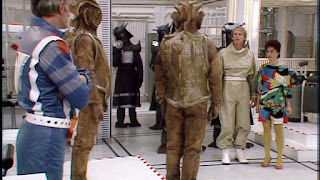 This is a story that sounds brilliant on paper, the Silurians and Sea Devils team up. And who wouldn't want to see them teaming up, they were two of the strongest Jon Pertwee foes. But the end result is so bad that Johnny Byrne comes across as someone trying to imitate a Malcolm Hulke script after only reading the synopsis' of his two stories. Now, I am not going to say that Hulke was the best writer in Doctor Who history, his stories were far too long, preachy and dull. But he wrote best when what he was writing was gritty, very thought provoking science fiction with interesting characters a not a clear cut villain for the piece. The only character in that who stands out is the Master, someone that Hulke always wrote brilliantly.

What Warriors of the Deep really lacks is the depth and moral ambiguity that Hulke brought to his scripts, not to mention a basic understanding of the two creatures the story was bringing back. Byrne, who obviously did very little in the way of research has the two factions referring to each other as Silurians and Sea Devils, when these names were given to them by humanity, it wasn't their species name. But that is far away from the worst of cock ups this tale has to offer.

The masks the monsters are given are little more interesting, if just as stiff as they were originally but for some reason the Sea Devils have been given this weird samurai make over. And lets not get started on the Myrka, when it comes to cheap and rubbish monsters, this one takes the biscuit.

Still the whole story is worth it for the chuckle when Ingrid Pitt tries to karate kick the thing and then gets electrocuted. What was she thinking...