Doctor Who: The Kings Demons - Review 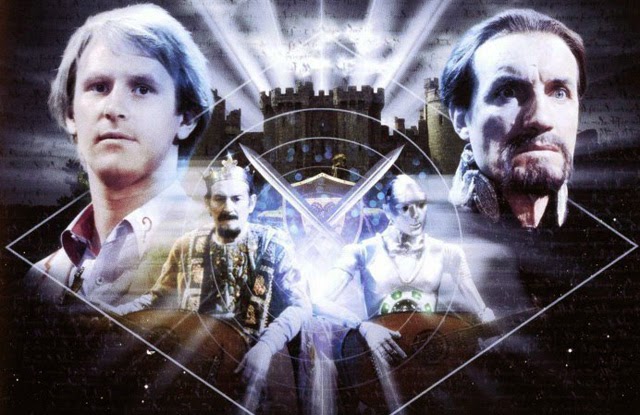 Of all the companions to have travelled with the Doctor in the show's history, there has never been one that has given the production team as much of a headache as Kamelion - the shape shifting robot. The prop was created by freelance effects designer, Richard Gregory and had software downloaded by Mike Power. Somehow John Nathan Turner had gotten wind of this robot being created and thought it would be a good idea to get him involved in the show. One does wonder however if he was too busy foaming at the mouth with the merchandise prospects to actually give the prop a proper look and if it were a good idea. 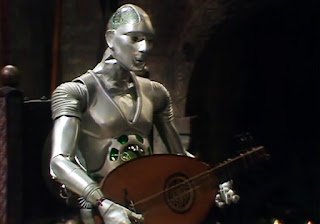 The prop would frequently malfunctioned, causing lots of delays on filming days and things only got worse when Power died tragically in a boating accident but didn't leave any instructions as to how to control the robot. Because of the problems he posed, Kamelion would only appear in one more television story, Planet of Fire, as well as a novel in the 90s.

Looking past the malfunctioning robot, The King's Demons is a rather disposable little two-part adventure for the Fifth Doctor, which features the Master and Kamelion messing about with history, trying to stop the signing of the Magna Carta. Somehow, we are expected to believe that this will give the Master control of the galaxy and Anthony Ainley's performance as the Master doesn't help matters, really reducing the character of the Doctor's arch nemesis to nothing more than a pantomime villain. Here is the Master, slumming it with a plot that even the Meddling Monk would find stupid.

The story looks nice and Medieval but the direction is flatter than a pancake and the acting worse than that of a school play. The story serves the regulars badly, Tegan never gets to do anything than moan, Turlough spends his time chained up in dungeons and the Doctor gets into a sword-fight which is less Errol Flynn and more Last of the Summer Wine. So it is a good job that this is only two episodes and one doesn't have to endure it for long...