Doctor Who: Jodie Whittaker IS the Thirteenth Doctor! 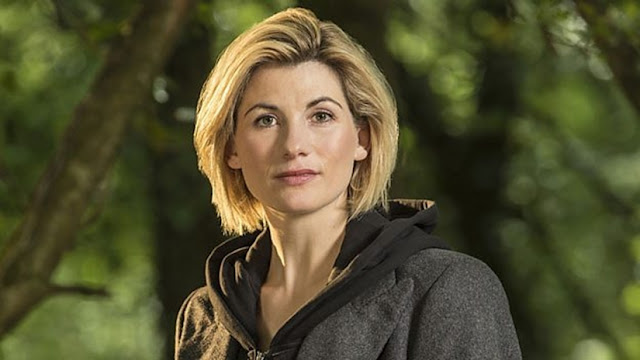 Following the final match at Wimbledon, the BBC gave us our first look at the next incarnation of the Doctor. Jodie Whittaker was unveiled in a special trailer this afternoon, following the announcement on Friday.

This unveiling comes in the midst of much rumour and speculation which began from the moment Peter Capaldi announced he was to depart in the upcoming Christmas Special, where he stars alongside David Bradley as the First Doctor.

Personally, I have been on the fence as to whether we should have a female Doctor. This was simply because for the past 53 years, the Doctor has been written as a male character. For me, it was never the fact that the Doctor shouldn't be a woman, just that it needed to be the right woman.

Almost right off the bat, many actresses where thrown into the mass of speculation and all of them I just couldn't see as being the Doctor. Each incarnation has had something quirky and Doctor-ish about them that makes them unique. The only name I had heard that I thought would be could was Haley Atwell - Peggy Carter in the Captain America movies and television series, Agent Carter. Out of all the names on the list she had the certain quality that is needed to be the Doctor.

Jodie Whittaker has found fame in many television projects, most notably Broadchurch - where she stared not only alongside former companion Rory - Arthur Darvill but also a former Doctor in the form of David Tennant. Having seen clips of her time on that show, I knew her face but not her name.

Of course, this has also led to a mixed reaction across social media, some are unhappy about the idea of the Doctor becoming a woman, including some saying that their childhood has now been ruined. Some love the fact that the Doctor is now a woman. But Doctor Who is a show about change, how change is scary but is ultimately a force for good. After all, if things didn't change then the world would grow stagnant and would die. That was what happened to the original series from 1963-1989, things didn't change, the essence of the show didn't develop itself nicely and it led to its cancellation.

(There were other factors that hindered it too, I'm looking at you Michael Grade!)

Perhaps most surprisingly, it tore the list of actors who have been in Doctor Who right down the middle, amongst others, Peter Purves, Peter Davison, Sylvester McCoy and Alex Kingston were against while Colin Baker, Arthur Darvil and Karen Gillian were all for the new female incarnation. Baker took to Twitter to announce his delight at the new Doctor being played by a female while self proclaimed super fan, Ian Levine started a little fight on the site following his tweet: "Chris Chibnall makes me wanna vomit. He has put the final nail into Doctor Who. RIP".

On her first official interview about the role, Jodie Whittaker said to fans not to be scared of her gender, believing that many fans were just scared of the Doctor becoming a woman, almost like enjoying this programme would mean they lost their masculinity. While I can understand why Whittaker had to say something like this, to me, the idea behind people's fears is just ridiculous. The Doctor whether in the form of a man or woman, will always be THE Doctor. The Doctor will still be saving planets and rescuing civilisations, ruining the plans of any invading alien forces.

The fact that the Doctor is now going to be a woman also means that we can hopefully expect to see a brand new dynamic in the TARDIS. Does this mean that we will get a man as a companion? And if we do, with the success of Bill, he doesn't need to be necessarily be straight. It certainly opens up all sorts of possibilities.

With the first proper appearance of Jodie Whittaker as the Thirteenth Doctor to presumably be at the end of the Christmas Special, we have a painstaking wait ahead of us but for me, Time and Space just got a whole lot bigger!

Lets close on Colin Baker's comment: "Change my dears and not a moment too soon - she IS the Doctor, whether you like it or not!"

And personally, I am completely on board!