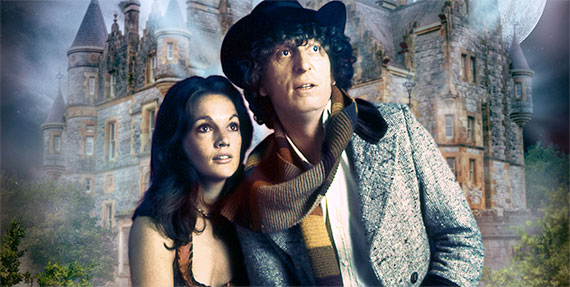 If there is anything that you will learn from listening to Big Finish, it is that there is no better period of the show than the Phillip Hinchcliffe years. Every single story, with the exception of Planet of Evil, has received sequels or prequels to it from the hands of Big Finish. Sometimes these stories don't need this kind of treatment but it is a testament to this era, when the Graham Williams era doesn't. Of the sixteen stories which he produced, only four had returning villains and they were all from his first series which had been commissioned by the previous producers. It was Hinchcliffe's era which gave us really memorable villains like, the Wirrn, the Zygons, Sutekh, Morbius and Magnus Greel.

There has always been a slight disconnect between the original era and how Big Finish has chosen to ape it over the years. Perhaps this is why it was so well received when it was announced that the big man himself would be returning with two brand new stories, featuring the Fourth Doctor and Leela, written by Marc Platt from ideas by Hinchcliffe. But these stories don't feature any of his famous enemies. They do however follow the kind of stories he told in the 1970s, creepy settings, creepy monsters and a perchance to borrow from the horror and gothic genres, rather than science fiction.

The first story of the set is The Ghosts of Gralstead, an epic six part adventure. The story draws comparisons with The Talons of Weng-Chiang, mostly thanks to the Victorian setting and the baddies who are trying to manifest themselves into our reality properly. But Gralstead is happy enough to draw its inspiration from other nineteenth-century material, primarily, medical horrors like Frankenstein.

The resulting tale is something of a greatest hits album. The tropes and ideas here work, for the most part Gralstead is an engaging story. But the characters aren't, episode five just feels like a diversion and not a good one at that, and the settings are bland. The product is competently made, the plot just isn't thick enough for anyone to make anything of it. My favourite part of this story was when Abasi, an African Warrior turned out to be the perfect suitor for Leela.

The second story, The Devil's Armada takes us back to the sixteenth century, where not only witch-hunters are on the rampage but alien imps. Though this story can't be linked to previous adventures like Gralstead can, it still isn't anything inspiring. There are two many discrete elements which don't come to anything and the guest characters are as dull as dishwater. And the villain isn't anything we haven't seen before, a demon-come-alien-thingy, the likes of which have threatened Earth many times before.

For such a popular Doctor like Tom Baker, one wonders why Big Finish have such a hard time giving him decent stories. I love the ones with Mary Tamm and the majority of those with Lalla Ward. But they just can't get the Fourth Doctor, Leela and K-9 right. This set is miles ahead of stories like Energy of the Daleks and Zygon Hunt but still lacks that something which boxsets like The Fifth Doctor Box Set had.

At the end of the day, this is a competently made set but it isn't anything more, I am just glad I brought it in a recent sale and didn't pay full price...