Doctor Who: The Lie Of The Land - Review 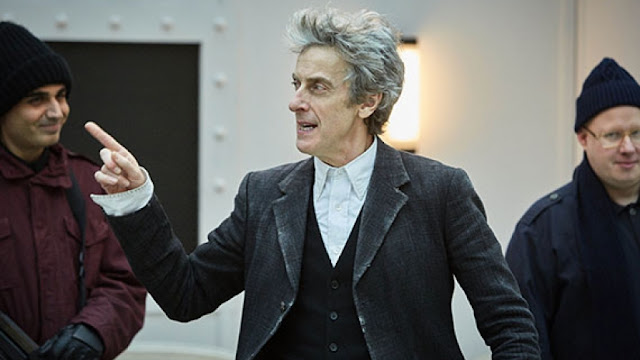 The first bit of this episode is really good. In fact, the whole episode has a really interesting premise, in the wake of Bill's surrender in the conclusion of The Pyramid at the End of the World, the monks have fit themselves into Earth's history. They have fooled the whole of humanity into believing that these invaders have actually been our saviours since the first life forms evolved on the planet. And they seem to be helping the Doctor, who has emerged as chief propagandist for the new regime on Earth. Really, humans have only endured six months under the control of the monks and by placing Bill at the centre of things in this episode, it has the same feel as Turn Left and Last of the Time Lords - where the companions are the main characters as they are forced to travel through hellish alternate worlds. And what strength she can't find in herself, she instead locates in two other people: her memory of her mother and the Doctor that she trusts to come and save the day. 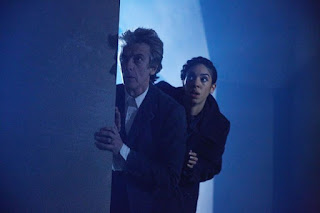 But the latter hope is severely dashed when she and Nardole launch their rescue effort, only to find a Doctor, who hasn't just pretending to join the Monks - until it all turns out to be Time Lord trick, but before we get to that, it is worth noting how fascinating this turn of the Doctor's personality is. His argument to Bill is brilliant as a lot of its elements are completely true. History does warn against fascism and fundamentalism but humanity keep on making the same mistakes. But the overall message is entirely wrong. Bill is right when she says the Doctor's entire point through his many lives has been to play the champion of freedom and self-determination. This makes it inconceivable that he would actually join forces with the monks. To make this the actual Doctor would be to violate the core of his character. The episode then has only two options to look at: either the Doctor was faking or he has been taken over by the monks. And maybe in a way that brings his worst and most cowardly characteristics to the forefront, so at least we are seeing a proper version of the Doctor. But those are the only two choices this episode could have had.

Unfortunately, The Lie of the Land makes the wrong decision. I am not going to rewrite the episode but having the Doctor reveal to Bill that his actions had always been a trick to test that it wasn't Bill who was working for the monks takes a lot of wind out of the tale. We switch from the prospect of Bill and Nardole saving the world without the Doctor to the Doctor being re-established as the damn near close to all-knowing and all-powerful, so brilliant are his stratagems. And this is having the danger of having someone like Peter Capaldi in the lead role. His range and ability to underplay scenes has let the writers put him in unfamiliar situations whether it is his misunderstanding of humanities free will or his well intended compassion for Davros in The Witches Familiar. Moments like those open up new horizons for the Doctor, but in both cases the writers seemed to chicken out, not being brave enough to confront the ramifications of such weaknesses in a character like him. Capaldi can play moments like this brilliantly but it is the writers who aren't willing to commit as hard as he is. 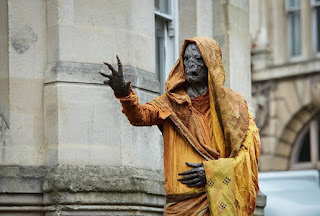 There is another cost to this episode as it gets itself out of a seemingly impossible situation: Bill shoots a man she cares deeply about, someone she gave everything up to save and made promise he would save the world. Shouldn't an action like this have some ramifications? The narrative then pushes Bill's anger from the Doctor to Nardole in a piece of comedy, but this does nothing but elide the trauma that really ought to come from shooting a close friend.

The monks sadly turn out to be the weakest and most feckless baddies in all of Doctor Who history, as they went to all the trouble of simulating human history to be prepared for every eventuality but then turned and ran when things get tough. Sure, there are hardly any of them on Earth, but this still feels like an anti-climax for monsters who have spent two episodes building things up. Neither the Doctor or Bill take the time to talk to them properly. It feels like an oversight. And then there is the stuff with the soldiers and the pyramid. It isn't anything really bad but nothing that would elevate an episode that has such issues already.

And then there is the climax, where Bill uses the memory of her mother to topple the monks, which I'm guessing a lot of people are not going to like. It is close to the Stephen Moffat use of 'power of love' endings that many don't enjoy. While it does feel overused, it does work here and I'm okay with it, mainly because there is some character work going on here too. It works well because Bill wanted the Doctor to save the world at the beginning of the episode but she has to take matters into her own hands. And the memory of her mother saving the world also works because that aspect of her character had already been set up, even if it remained undercooked. Most of the credit of this episode has to go to Pearl Mackie who really gives a great performance as Bill here, she brings out the emotional nuances, and the reality that the script struggles to bring out. 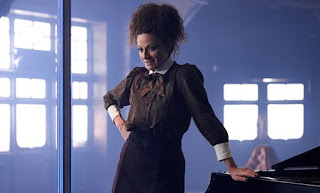 The Lie of the Land could have been a brilliant story but instead, it just plays out like a re-treading of previous adventures. The climax recalls the death of River Song at the end of The Forest of the Dead and the story does commit to its dystopian vision like Turn Left had done. But perhaps the closest episode is The Wedding of River Song, another episode which proved itself adept at moving from crazy episode to crazy episode, while it plays with just enough to character work for thing to work.

This episode just comes down to three great performances. We've got Pearl Mackie, who comes very close to making the thing nearly work despite the weak script. Peter Capaldi, who is great but whose talents have been greatly misused. And then we have Michelle Gomez, ever reliable as the brilliant Missy. While I have no doubt in my mind that her efforts to be good will go pear shaped, she does make a good point that she could have escaped the vault decades ago if she hadn't been so determined to become a goodie. And while the episode is too busy on other things to build on this point, she gives us an interesting view on what she thinks is being good - doing the right thing even if it means a few humans have to die along the way and that she believes the Doctor's need to save every life because every life matters is narcissistic. And while this point sits outside the rest of the episode, the epilogue where she explains that she does regret every life she has taken is a fantastic reminder that the show is still willing to take risks and explore new areas.

It is just a shame that the rest of the forty-five minutes don't show the same willingness for exploration. Especially after 2 episodes of build-up. This story isn't quite on the same lines of The Pilot or Smile which were average stories, elevated by great performances. This episode was closer to a straight-up misfire even though there enough moments to elevate it above the mediocre stories like In The Forests of the Night and Sleep No More. But it isn't a good sign when I have to break out those episodes to compare something too...