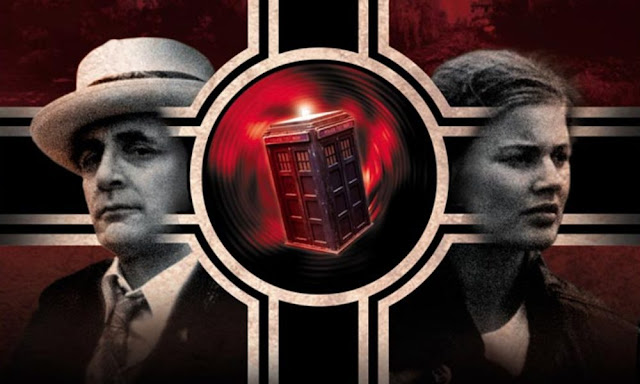 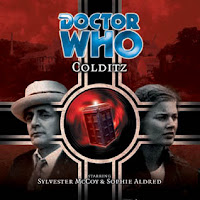 It doesn't take Ace long to shout, "We haven't been shot at yet," when the Doctor takes one look around the darkness the TARDIS has landed in and tells her to get back to the TARDIS. The Doctor tells her its only a matter of time. And sure enough, a few minutes later, Nazis are taking pot-shots at them. After all, they are used to foiling escape plans at Colditz castle. This is the place where all prisoners of war who escaped various camps have been put.

Ace spends much of this audio trying to explain that they aren't spies but her excuses become more and more feeble with every modern item that Feldwebel Kurtz pulls out of her rucksack. From a Sony Walkman, which he believes to be a brain-washing machine, to several canisters of homemade explosives. But really it is the technology inside the TARDIS that Feldwebel Kurtz thinks will sweep the Third Reich off their feet.

With Ace gamely assisting in the latest escape attempt, the Doctor meets the strange Elizabeth Klein. Like the Doctor, she is a woman who appeared out of thin air and like him, she knows a great deal of information about the TARDIS. Far more than a woman from 1944 should possibly know about alien technology. Somewhere in the forests surrounding the castle there is a temporal paradox.

Of course, nowadays, Colditz is best remembered because it was David Tennant's first introduction to the Big Finish world of Doctor Who, after this he would go on to star in the Colin Baker tale, Medicinal Purposes. It might not be a deep role, for a man who would go on to become the Tenth incarnation of the Doctor. But it is a large role. It is certainly large enough a role for fans of his to pick up this release.

But that is far from the only reason you should give Colditz a go. Author, Steve Lyons neatly avoids the two most tempting and overused clichés in Doctor Who's long history. The first being aliens meddling in history and the plotless linear way of telling a story, see villain, defeat villain and the end. In fact, the only alien in sight is the Doctor, who is surrounded by a dozen or more human characters and there is no one villain, there isn't a villain at all. Each character gets their own particular goal, it is just that those goals get in the way of others. And the story builds on twists and reveals with each episode's cliff-hanger being more of a twist than a shock conclusion. Add on the timey-wimey temporal anomalies and you get given a Doctor Who plot as cerebral as it is action packed...