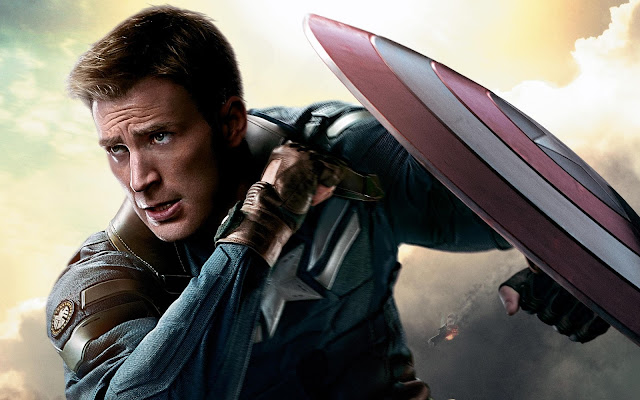 Out of all the spandex clad superheroes we have in comics, Captain America is certainly the most unfashionable. Released in 2014, there was something archaic and perhaps even bitterly ironic about a living symbolism of American military might, who drapes himself in stars and stripes from a more innocent era. The first instalment for Captain America seemed to sidestep the concerns of anachronism by rewinding the clock and focusing on his WWII origins. But with the chemically enhanced solider, Steve Rogers, played by Chris Evans, has been defrosted on the other side of history, the question is how a director is supposed to confront his datedness and his 20th century approach to a 21st century world.

The answer is luckily given to us in The Winter Soldier, as it takes that culture clash and makes it the subject. It is a spectacularly entertaining sequel, with Rogers still jumping and running around, throwing his shield like it is still 1945. But he is now doing all of that with the weariness and distrust that historical hindsight brings you. Having been briefed on what the homeland was up to during the six decades on ice, the Captain has become a disillusioned company man, who is unafraid to question the orders of those who have a higher power than him. The Winter Soldier unfolds in a world were crimes are stopped before they happen, were someone is always listening and automated death comes from above.

But directors Anthony and Joe Russo, don't operate in the uber-serious mode that directors like Christopher Nolan, lives in. They manage to master the multitasking required from any Marvel directors. Thanks to them, The Winter Solider delivers some serious pyrotechnics, comic banter, sets up some groundwork for the future of the Marvel Cinematic Universe, without really breaking a sweat, while still finding the room to throw a 'trust no-one' thriller aspect, into the mix. And with everything else going on, that really is a great achievement.

While Steve Rogers may still be acclimatising to the new world he is now inhabiting, the actor, Chris Evans certainly isn't. For Evans, this is his third time in the role, and he has managed to locate the boyish vulnerability for his character, a man whose outdated earnestness and aptitude make him feel like a celebrity outcast. We are reintroduced to him while he is running circles around the Washington Monument, where he meets fellow comrade and future Avenger, Falcon, played by Anthony Mackie. But Rogers still feels like a man out of time in the Washington setting and he even keeps a cute little to-do list, full of historical facts he needs to look up, books he needs to read and movies and television shows he needs to see. For a while, The Winter Soldier seems happy enough to let us delve into the fish out of water aspect of Rogers' character and exploring the comedy which comes with that. But all that changes when Nick Fury, played by Samuel L. Jackson, is attacked by a mysterious, metal armed assassin, called the Winter Soldier. And soon Steve Rogers finds himself on the run from SHIELD, while discovering a vast conspiracy with the help of another Avenger, Black Widow, played by Scarlett Johansson.

As he jumps through buildings and down the shadowy corridors of power, Evans seems to find himself stuck in something of a comic book reinvention of a political thriller, something along the lines of The Odessa File. The Russos seem to know this and throw knowing winks at the audience all the way through the movie, and the casting of Robert Redford as a jaded politician, help to fulfil the thriller aspects of this movie. But in a sense, The Winter Soldier looks almost as old as the 40s setting of the first movie, especially when the directors begin to pile on revelation after revelation. They begin with a monologue from a beyond-the-grave in the form of a villain whose exposition heavy speech asks you to wonder who the good guys are and who the bad guys are. This seems to culminate in Mackie, now in full Falcon asking Captain America the same question with Rogers replying that if they are shooting at them then they are bad. Sadly this shows us how black and white the film's politics end up looking.

However, the movie's subversive edge is done far better than many films which try to attempt to do something similar. And for better or worse, The Winter Solider, is a Marvel movie, and it helps to build up the mythology around the Marvel Cinematic Universe. And the Russo brothers have given us a movie which is ultimately brilliant. It is full of action packed sequences, great performances and some interesting characters included along the way. And the chemistry between Chris Evans and Scarlet Johansson is brilliant, I really loved their undercover scenes which they shared a kiss. While this is supposed to hide their faces from the searching members of SHIELD/HYDRA, you can't help wondering if the studios will one day develop their relationship into something more...