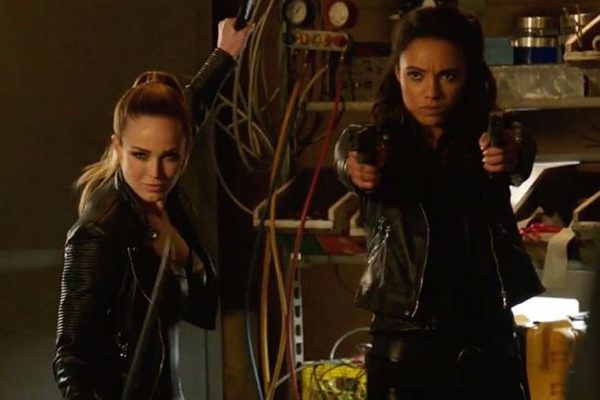 Things have gotten seriously messed up recently in the lives of the Legends. They have all had their memories erased and have been forced to live subservient lives at the whim of the Reverse Flash and the Legion of Doom who managed to steal the Spear of Destiny and rewrote the world to one that they want to live in.

But it soon becomes evident that the Legion aren't as unified as one might have first thought. Both Malcolm Merlyn and Damien Darhk aren't happy with their new arrangement with the Reverse Flash and they use Leonard Snart and Mick Rory to try and sabotage his plans to destroy the Spear once and for all.

This episode really gave us some nice moments, such as seeing Captain Cold and Heatwave working together once again, but also seeing Mick coming to realise that he was respected by his fellow teammates in the Legends more than he originally thought. In fact, they respect him more than Snart ever did and he tries to win back their trust at every available opportunity.

What was surprising was the death of Vixen at the hands of Captain Cold who froze her with his cold gun and then shattered her into pieces. But what was done as a gesture of friendship by Snart, Mick sees as another reason to stick with the Legends and proves to us that he has stepped from role of baddie to the role of a hero.

With the Legends all back to usual, except for Professor Stein, who is still under the thumb of the Reverse Flash, Rip Hunter and the Waverider have been reduced to little more than figures on the Reverse Flash's desk. Rip is having doubts about saving his teammates and decides to perfect his culinary skills instead. But the ship's computer, Gideon, fights back and gives Rip the boot up his backside he needs to get him to rescue his teammates. Good old Gideon!

What really helps this slightly odd episode is the infighting amongst the Legion, something which has plagued their team-up from day one. It was nice to see them all bickering and fighting. And the performance from Dominic Purcell as Mick Rory was truly magnificent, it really felt like the glue which held this episode together.

We also got a fun little glimpse of Felicity Smoak running around as a hero at the beginning of the episode, but it was far too brief a cameo appearance for us to ultimately care about her fate, which really is, my only quibble with this episode. I am really looking forward to seeing the next episode and seeing how the producers wrap the complex storytelling of season 2 up...