Doctor Who: Four to Doomsday - Review 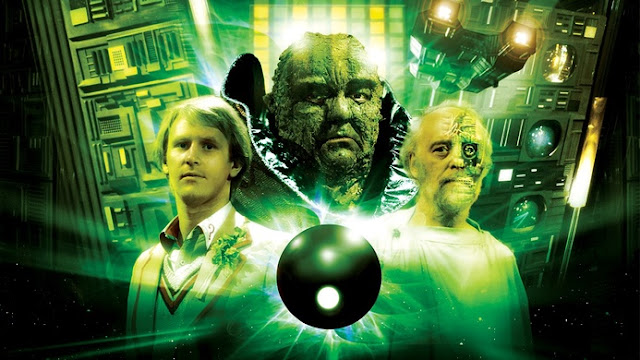 Four to Doomsday opens with a brilliant, if blatant attempt at a copy of the opening of Star Wars, with an impressive shot of a massive spaceship, heading for Earth. After that though, the story rattles downhill faster and faster until it hits rock bottom with the final episode. It doesn't take the story long to dump the larger than normal TARDIS crew off inside the ship and they come face to face with three alien frog people, who have collected a large collection of cultural stereotypes. Like the vast majority of aliens on this show, Monarch - the frog people's leader - wants to (ahem), TAKE OVER ZE WORLD! At least, that would be something he would attempt, if he ever reached our little planet.

Four to Doomsday is an alien invasion story, without the actual invasion. Surely a more accurate title for the story would have been 'Four Days Till We Get Around To The Actual Invasion!'. Hardly anything happens at all in terms of invasion plans. Almost an entire episode, running at twenty five minutes, is wasted with the Doctor and Tegan watching the various cultural stereotypes putting on a dance show. And at the same time, Nyssa and Adric wander aimlessly around Monarch's bland looking spaceship, learning that that these people are actually androids, a reveal which gets dragged out for a lot longer than is actually needed. 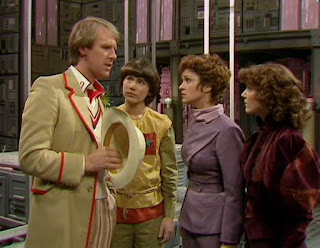 While Peter Davison might believe that Sarah Sutton's Nyssa was the most ideal companion for the Fifth Doctor, I would argue that Tegan was best suited to his more calm incarnation of the Doctor. Her Australian sarcasm proved to be a nice foil for his English optimism. And even though, both Nyssa and Tegan are my favourite companions, Tegan's burst of hysterics in episode three does drive me up the wall. Tegan was still new to travelling through time and space and was more of an unwilling companion on the Doctor's travels but the way she completely loses her mind and runs back to the TARDIS only to make it dematerialise feels utterly out of character. Four to Doomsday was still early days for her character and the problems with her character still had to be ironed out, it just doesn't make sense for her to react to the situation like this when only a couple of stories ago, she faced the death of her beloved aunt, abduction from an alien and the possibility of universal destruction!

But this is a great story for people who hate Adric. The bratty maths whizz was never more detested than he is here. Firstly, he shows us how sexist he is by dismissing his female co-companions as mindless, impatient and bossy, this doesn't end with Nyssa and Tegan beating him to death with the TARDIS manual. And then, for what feels like the umpteenth time, he betrays the Doctor and sides with the baddies. It is Tegan who does to him, what the viewing audience at home had always wanted to do. She wallops him! Even the Doctor joins the Adric haters, telling him that he is an idiot who needs to shut the hell up. And yet, Adric is still allowed to join the Doctor on his travels, instead of being left behind, or even better, beaten to death with the TARDIS manual...