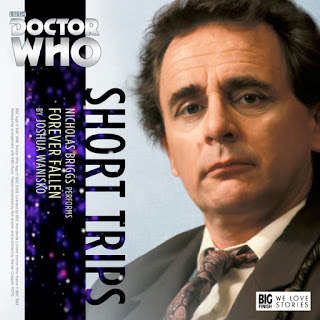 Occasionally, just occasionally, a author will be discovered who manages to absolute nail the very distinctive traits of one of your favourite characters, before putting them into situations in which those traits can be demonstrated without the reader or listener ever having to feel like they are being given something of a refresher course on what makes that character tick. That is something Joshua Wanisko manages to do effortlessly with the Seventh Doctor in the final Big Finish release of 2016, Forever Fallen, the winner of Paul Spragg Memorial Opportunity.

This isn't a story which I will go into do much detail about as, if you are a fan of Doctor Who, this era of the show or Sylvester McCoy, this is 38 minutes of your life you will want to spend listening to this, so I wont spoil it for you. But I will say that Wanisko's script is built around three important characters and that by the end of it, you feel as though you have known them all your life. And there is the discussion of a topic which features in the new series, though it is explained so much better here.

On reading duty is Nicholas Briggs, who adopts a suitable Scottish accent for McCoy's Doctor and gives a bright voice for his companion, Ace. What I really liked was how Wanisko, whether it was an intentional thing or not, uses Ace as a way for the story to breathe. Which it would need too otherwise. Neil Gardener's sound design and direction both help to strengthen an already excellent release. Paul Spragg would be proud!