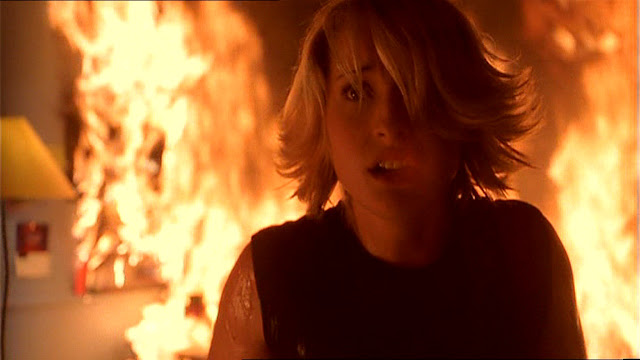 Evil coaches. This is yet another one of those teenage storylines that plague shows like this, even to this day, just look at the recent BBC creation, Class. But the title of this story does refer to more than just Coach Walt, there are several other young little hotheads that this title could e referring too.

Clark, in the early years, had a series obsession with football but Jonathan was always determined to keep him away from it. It is nice that we get to see both sides of the story. Clark is honest and dependable but what we don't know at this moment in time is the true extent of his powers, he is still, after all, just a teenager. It would be perfectly easy to see how Clark could accidently loose control and kill someone. Now, I'm not sure which side I take in this argument but it was still obvious that Clark wasn't going to just give up on it anytime soon.

In the parallel father/son conflict, Lex and Lionel are getting tangled in their battle over a Smallville factory. Lex wins. But then I guess he doesn't become a supervillain for nothing.

And there is also trouble in paradise for Lana Lang. She quits cheerleading because of her principles. When she found out that the footballers have been cheating at their tests with help from Coach Walt. Whitney was the biggest mistake of season 1. How long was she going to stay with that yutz was the question at the time.

Too long as it turned out...