Doctor Who: The Invasion of Time - Review 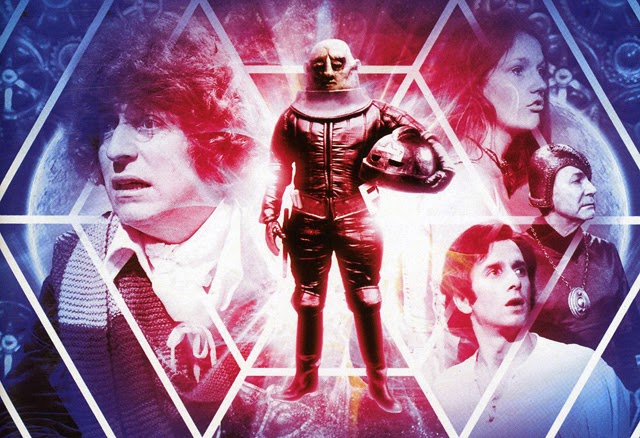 Obviously written in a rush by Graham Williams and script editor, Anthony Read, after the intended production fell through, The Invasion of Time just feels like a complete mess. The money for this season had clearly dried up which is a problem as the writers were obviously trying to tell a story which was supposed to be something epic. It fell flat on its face and the finished production is something that can only be described as a complete farce. 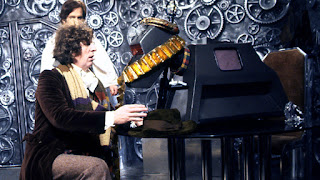 Things in this story started off quite interestingly, with a nice little piece of continuity from The Deadly Assassin, which thankfully doesn't get shoved down our throats, as the Doctor returns to Gallifrey to claim his title of High President of Time Lords. Things get crazier when the Vardans invade. Who are the Vardan? They are one of the most unremarkable villains who ever appeared in Doctor Who, appearing as dodgy tinfoil effects and then naff looking blokes in naff looking costumes. In fact, the Doctor mentions just how disappointing they look and one can't help but wonder if that line was one of Tom Baker's "helpful", script improvements.

Anyway, the Vardans are defeated by the end of episode 4 only for it to be revealed that it was all part of a rather convoluted trap from The Sontarans, who only appeared because the writers probably discovered that the Vardans couldn't sustain a story which ran for six episodes. The final episode is a padded mess, just characters running around the same old rooms inside the TARDIS, time and time and time again! And all the time, the cockney Sontarans are just one step behind. 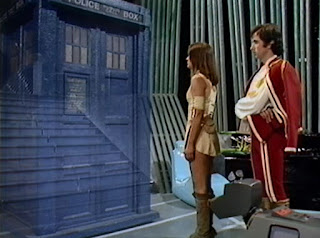 Tom Baker bounces through the script with no intention of taking anything seriously, braking the fourth wall for no good reason. But he is entertaining enough. Unfortunately, the rest of the cast don't get such a nice ride. Louise Jameson gets the short end of the stick, with Leela exiled to the wastelands of Gallifrey for the majority of the story. But it is her departure which really lets this story down, more so than it already was. It is one of the lousiest farewells in the history of the show. It looked like Williams and Read spent no time at all on devising just how Leela was going to leave the series.

Leela inexplicably falls in love with a dull character she has hardly spoken too over the last six episodes. Louise Jameson wasn't happy with her departure, she had wanted Leela to be killed off but this, understandably, would have upset the younger viewers at the time. And in the history of companion departures, this is up there with Dodo's trip to the country, and Liz Shaw's off-screen departure back to Cambridge...