Doctor Who: The Beginning - Review 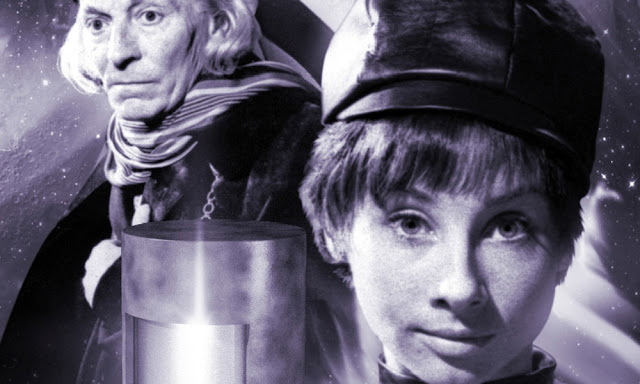 In 2013, Doctor Who celebrated its 50th Anniversary and Big Finish obviously needed to contribute to this milestone. With their main range, they produced the 1963 Trilogy and they also gave The Companion Chronicles their own trilogy of adventures. It began in November 2013 with The Beginning, written by Marc Platt. It featured Carole Ann Ford as Susan, narrating the very, very first adventure, focusing on their escape from Gallifrey, only to find out they weren't alone in the TARDIS.

The opening ten minutes are fan heaven, we finally get to hear their final moments on Gallifrey in full, with call-backs to the novel, Lungbarrow and the television adventures, Remembrance of the Daleks and The Name of the Doctor. The TARDIS was in the process of being decommissioned, but there was still a quadrigger on board called Stoyn. And he isn't very happy. Stoyn, played by Terry Molloy is the best thing about this story as you really feel sorry for him. But you also get to understand why the Doctor and Susan don't. Molloy does a great job at playing someone you feel sorry for in one scene and disappointed in, in the next.

But the story doesn't live up to it's potential. Ostensibly, it is the first story, but it feels more like any number of adventures, from in or before the first series of the show. The Doctor and his companions get separated from the TARDIS and when trying to get back, they end up doing some good. They just get swept along in events.

On its own merits, it is a good story and there is the usual Marc Platt weirdness and spookiness, coupled with some evocative imagery. This feels more like a later trip for the pair, rather than their first, but it doesn't succeed where it should. It should be about the Doctor making the important decision to interfere with the Earth. But there is a basic assumption that the Doctor will just act a certain way. And that would have been fine if it was any other Doctor Who adventure. But not this one. But it does answer some long-standing questions, like how the Doctor came to discover the earth in the first place.

In 2013, this was an anniversary treat. I look forward to eventually hearing more from Stoyn whenever I get hold of the following releases. It is just a shame that The Beginning wasn't as revolutionary as it really should have been...