Doctor Who: The Masque of Mandragora - Review 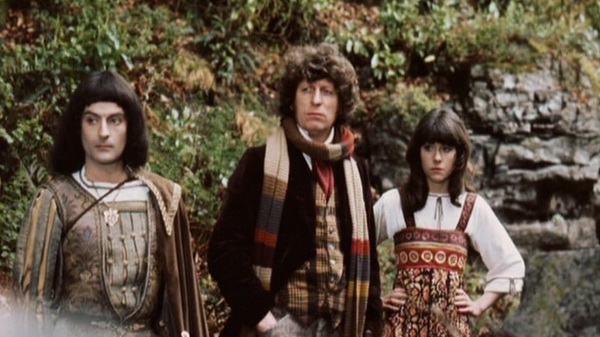 The Masque of Mandragora is one of those few stories which was exceptionally well told and realised but for various reasons, happened to fall short of true greatness.

The Fourth Doctor and Sarah Jane find themselves in San Martino, Italy in the 15th century after colliding with a mysterious energy helix in space. During this period, humanity is on the verge of leaving ignorance and superstition behind and are beginning to pursue knowledge and understanding. But there are still secret cults, ritual sacrifices and other nefarious dark things going on under the surface. It is the perfect setting for a Doctor Who story which I'm surprised the show had never gone too before. One of the chief aims for the Doctor, besides stopping baddies, saving planets and being generally marvellous is to enlighten people. So the 15th century was the perfect place for the Doctor to go. 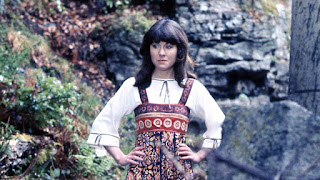 Of course, it wasn't really filmed in Italy. The filming took place in Portmeirion, Gwynedd, in Wales. The town had already been immortalised by The Prisoner, as it stood in for the main location of the series. Even though it is not the best stand-in for renaissance Italy, it manages to somehow work perfectly. The production team particularly excelled themselves in creating a living, breathing interpretation of a 15th century Italian town, even down to the terrible haircuts! But those haircuts are the only thing that distracts the viewer from the distinctive cockney accents of the palace guards.

Here, Tom Baker and Elisabeth Sladen are brilliant as the Fourth Doctor and Sarah Jane. Joe Laurimoe and Norman Jones are wonderful as the villains of the piece, Jones particularly excels thanks to his mighty beard! Unfortunately the same can't really be said for Gareth Armstrong who is really rather stiff as the naïve Duke. What really doesn't help him is that his friend is played by Tim Pigett-Smith, a far superior actor who manages to blow Armstrong off the screen without ever really trying. 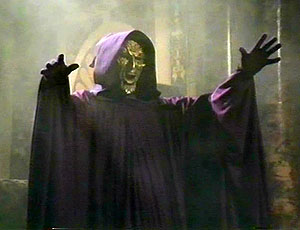 But is this story a five star classic? I think that it almost reaches this point. The whole production looks brilliant but the plot runs out of steam before we can even see the end and although the characters are good, they are nothing more than recognizable stereotypes. The Mandragora Helix isn't the most compelling of adversaries and its defeat feels more like a anti-climax rather than a victory. But what really lets the story down for me is the treatment of Sarah Jane. Despite it being her penultimate story, she doesn't get to do very much except get brainwashed and kidnapped time and time again by the baddies...