Doctor Who: The Hand of Fear - Review 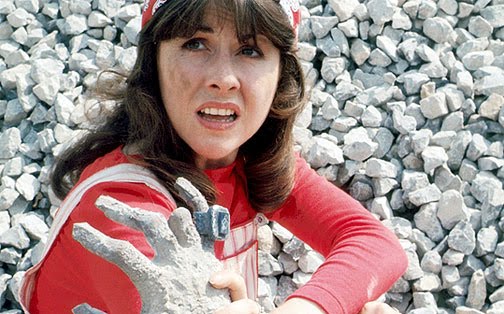 In the modern era of Doctor Who, the departure of a companion is built up to epic proportions, often the events of the episode lead to the farewell. But in the classic era of the show a companion's departure would just be a run-of-the-mill episode with their farewell tacked on at the end. And that is certainly the case with The Hand of Fear.

The claim to fame with this story is the departure of Elisabeth Sladen's eternally popular Sarah Jane Smith. And it is only because of the departure of, for many, the best companion in the history of the show that The Hand of Fear can be considered something of a classic, albeit for a small group of fans. 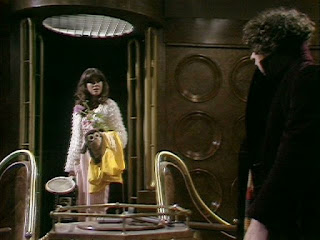 Quite rightly, because I think there is too much placed on the departures these days, Elisabeth Sladen didn't want Sarah's departure to play a big part in the overall story. And even though she is still very much a part of the story in the beginning, the story never, ever, ends up being about her leaving the show. But the reasoning behind her farewell, especially for me, is a little suspect. Since when has the Doctor cared about Time Lord rules? But even so, the story really packs an emotional punch at the end, even more so now, with Sladen having passed away in 2011.

In their final adventure together, Tom Baker and Elisabeth Sladen are both at the top of their game. Sladen appears to really enjoying getting to play crazy as she falls under the influence of Eldrad. And although Sarah's goodbye isn't really an important part of the story, we really get a sense of how close the Doctor and Sarah have become. Russell T. Davies had previously annoyed me by suggesting in different media formats that the Doctor and Sarah were romantically involved. I have never believed that to be true. They really are the closest of friends and friends who worried constantly about one another.

Unfortunately, when you take away Sarah's goodbye, you are left with another story of plodding mediocrity from Bob Baker and Dave Martin. Before I go any further, alright, The Hand of Fear is one of the better stories that the pair had created for the series as it features a good plot. An alien hand comes alive and possesses people so it can feed off of radiation and rebuild itself. It fits perfectly into the horror theme running that ran through the series at point in the show's history. But the story suffers from the same problems that all their stories have suffered from. The pair could never translate their ideas into anything resembling an interesting narrative. 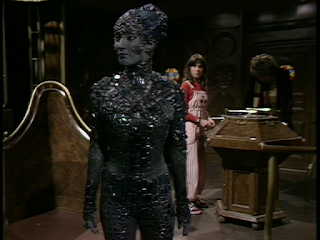 And the villain of the story suffers too. When Eldrad is portrayed by Judith Paris, the character is memorable and would have gone on to become one of the more memorable monsters of the classic series. But when Stephen Thorne takes over the role in the final episode, the character becomes nothing more than another shouting bad guy, who does nothing but drone on about they are going to conquer the universe. And the way the story dispatches him, the Doctor and Sarah using Baker's long scarf to trip him up is the worst monster death the show produced.

What I didn't know was that Baker and Sladen wrote the final scene themselves and it still has the ability to be one of the strongest departures from the series. The way the Doctor is forced to leave her behind feels like his is rejecting her but somehow, Sarah understands. And her final line to the Doctor is like she is talking to audience.

Oh Sarah Jane, as if we could. Here's to Elisabeth Sladen!