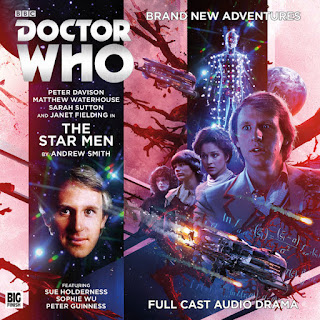 Astronomical navigation is a tricky business. To help Adric with his studies, the Doctor sets course for Gallius Ultima – a planet on the edge of the Milky Way, housing one of the most impressive observatories ever constructed.

But the TARDIS arrives to find Gallius U in a state of emergency, tracking the return of the Explorer-class ship Johannes Kepler from its mission into the heart of the mysterious Large Magellanic Cloud.

A mission that met with disaster…

To find out what overtook the crew of the Johannes Kepler, the Doctor and his companions must journey into the heart of the Cloud… and beyond, into the darkness of another reality altogether. The universe of the Star Men. 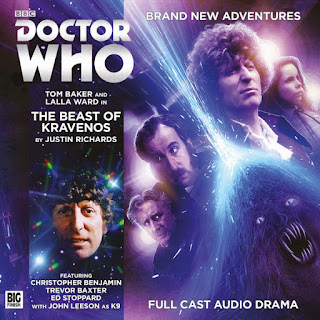 The Fourth Doctor Adventures: 6.1 - The Beast of Kravenos

A stunning new star act is wowing the audiences of the New Regency Theatre. The modern mechanical marvel of canny canine charisma - the automated dog that can answer any question - the incomparable - the unbeatable - K9!

The Doctor and Romana have returned to Victorian London and been reunited with their old friends Professor George Litefoot and Henry Gordon Jago. However this is not merely a social visit. A terrifying crime spree is sweeping the capital, and the burglaries of 'The Knave' defy all logic.

Something impossibly dangerous is taking place amid the fog. Only the time travellers and their friends can stop it... but can they be sure they're all on the same side? 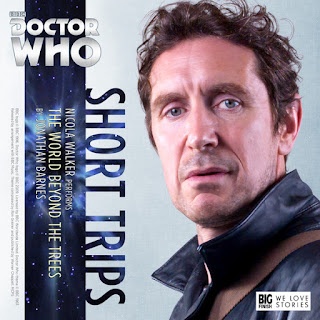 Short Trips: 7.01. The World Beyond The Trees

MedTech Chenka is alone. No Doctor. No TARDIS. No Molly O'Sullivan. But the strange environment she's stranded in is about to get even stranger, with Liv the only one who can help out. There's a message here, for her, and for someone very far away... 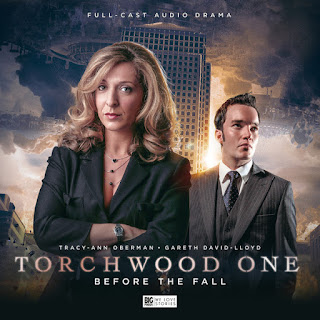 Torchwood One: Before The Fall

London, 2005. Yvonne Hartman is the undisputed head of Torchwood One. Above the government, beyond the police, she has excellent people skills; enjoys regular tea with the Queen; and effortlessly defends the British Empire from alien threats.

Yvonne Hartman is excellent at her job, and inspires devotion in everyone who works with her - until, one day, she makes a terrible mistake. We all make mistakes. But only at Torchwood can a single mistake plunge your world into interstellar war.

Yvonne Hartman's facing the fight of her life. One she's going to win.

“They’ve been coming to us for years. And we’ve been kept in the dark. My name’s Rachel Allan. And I’m Torchwood”

It’s Rachel Allan’s first day at Torchwood. Torchwood only takes the brightest and the best – and Rachel’s wondering if Yvonne Hartman’s made a terrible mistake in picking her.

Plunged into a world of alien invasions and office politics, Rachel’s desperate to fit in. For one thing, she really wants this job. And, for another, she knows what happens at Torchwood if you fail.

Through The Ruins by Jenny T Colgan

“Ianto, please. It’s all… it’s all gone wrong. I don’t know what to think any more.”

Away Days at Torchwood aren’t what you’d expect. Yes, there’s the forced camaraderie, the team-building exercises, and the chance for long-held rivalries to boil over. But Torchwood Away Days also have the potential to get very lethal very quickly.

Yvonne Hartman’s extremely worried by this year’s Away Day. But she’s got other things on her mind – something’s very wrong with Torchwood.

“Torchwood. It’s taken the best part of a month, but I’ve finally got things running how they should be. How they should have been all along. ”

Torchwood has experienced some radical changes, but things are finally settling down. Everyone has pulled together and is trying to put the past behind them. Well, except for Yvonne Hartman – she’s out to win the future.

There’s one problem. Someone seems to have started an interstellar war. Someone who knows Torchwood from the inside out. 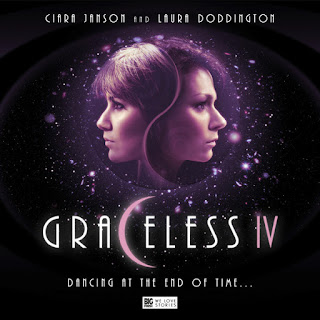 There's a legend told in a town by the sea, about two wicked sisters who died to save the world. Now the world faces another catastrophe and there's no one to turn to for help. Which is bad news for Joy and Amy, and their grandchildren...

Buried under steel and iron and concrete, and protected by high security, there's a secret room. From here, General Onora Cormorant directs the Gloit forces as they wage war across the whole planet. But stopping the war will take much more than just getting into that room...

For more than a decade, Space Dock has had an exemplary health and safety record, not least because of the wicked sisters working in its hospital, bringing the dead back to life. But what are they really doing there, and what's it got to do with one poor nurse's love life?

In the flood and the fire,
In the heart of the sun,
We were lost, we were dying,
We have only begun,
And the rest of the song,
Remains to be sung,
So we'll dance through the night,
And the dawn never comes,
Just the two of us.

NOTE: Graceless contains some adult material and is not suitable for younger listeners.