Doctor Who: The Bog Warrior - Review 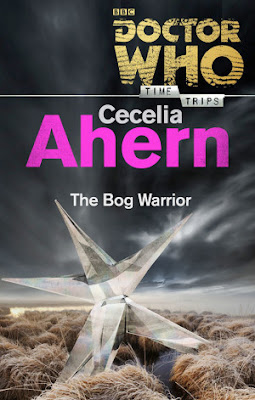 The Bog Warrior sees the Tenth Doctor, played on screen by David Tennant, arrive on the planet Cashel with the hopes of spending a few days or weeks relaxing and recharging his batteries. What sets this book apart from the others is that the author, Cecelia Ahern, doesn't faff about getting into the action, the Doctor lands right in the middle of events and has no choice but to get involved right away.

What ensues is a story that is clearly based on the fairy tale, Cinderella, with some obvious changes of course! First of all, the majority of the characters are named after minerals and elements, with the exception of the first two people the Doctor comes across. And instead of an evil stepmother, there is an evil queen to contend with who commands an army of evil Bog Warriors.

The overall story, such as it is, is a good one but it gets lost somewhere in the execution. The story will never hold up under much scrutiny and is entirely forgettable unless you are a fan of the author's other works. While the characterisation for the Tenth Doctor is spot on, what isn't made clear is where in his timeline this story takes place. Given that he is companionless, I would hazard a guess that he is somewhere between Voyage of the Damned and Partners in Crime or somewhere between Planet of the Dead and the other short story, Keeping Up With The Joneses. Or could it even be somewhere before or after the events of Day of the Doctor?

Things are skipped over when it comes to telling us where the story is set but this could be because they fell victim to a particular editor or were just never there. But overall, while the story will be forgettable, it holds itself together well enough, even if it is a little wobbly in places. Easily the best thing about this story is the characterisation of the Tenth Doctor who feels like David Tennant dashing about and talking almost from the very page itself...