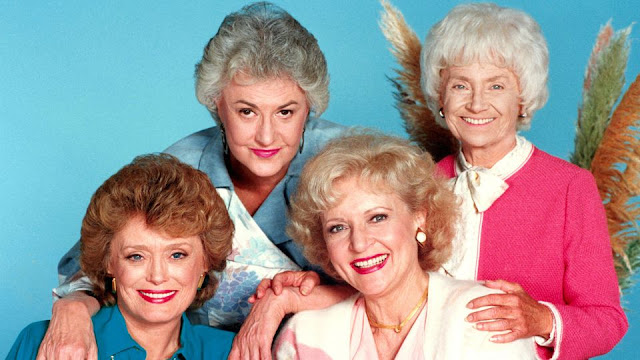 For a show that could be called an absolute classic, it is a little odd that for modern audiences, the series started as neither bad or good but somewhere comfortably in the middle, almost as if the show knew that it was new and wanted to stay somewhere that, for the time being, was comfortable. Rue McClanahan's, Blanche, becomes engaged to her latest boyfriend Harry. Bea Arthur's, Dorothy is perfectly happy for her friend while Betty White's, Rose, is a little concerned and is worried about where they will leave when Blanche and Harry eventually live together. Also, Dorothy's mother, Sophia, played by Estelle Getty, arrives as her retirement home had burned down. But as the episode winds down, we discover that Harry is a bigamist and is wanted by the police for it. It is then that the girls quickly realise that their friendship with each other is what matters, it is more important, more meaningful and lasting than what they might have had with any man.

For a comedy series, this is one of the pilots that I have seen as everything in it is executed perfectly. Right from the word go, we get a strong sense of the relationships between the characters. The comical timing is really spot on, especially from Sophia and Dorothy, who both usually get every note right. Unfortunately, Rose's character hadn't really been given a sense of coherence at this point, though by the end of the series she had and Blanche felt a little rough around the edges. But all in all, the pilot does a damn good job, which is what any good pilot should do and helps us to understand our characters.

I couldn't talk about the pilot episode and not mention Coco, the gay cook who never appears after the pilot episode. He is one of the greatest what-might-have-been in television history. But would he have spoiled the dynamic between the girls or been the perfect foil for Dorothy's biting sarcasm, I'm just not sure, I don't think, unless he had been in more, that anyone will ever know.