Doctor Who: The Sea Devils Review 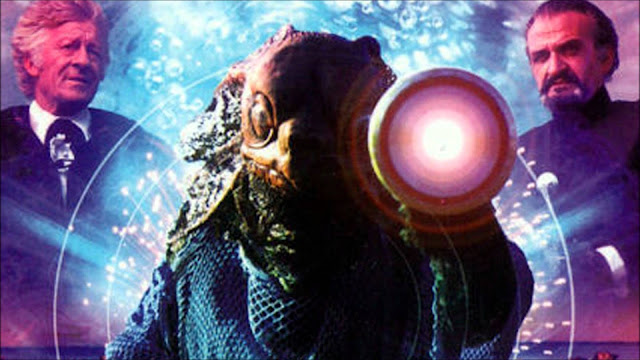 By 1972, the Jon Pertwee era of the show had really hit it's stride. Series 7 had such high ambitions and the whole show felt like a reboot. The show jumped from black and white and into colour and it put more focus on the action and stunts that had lacked greatly in the show during the sixties. What the show also did was made a certified effort to improve the quality of the stories being told. Take The Silurians for example. It takes the earth under threat from aliens trope and turns it on its head by making the aliens having been on the earth all along. They are prehistoric reptiles who lived on the Earth before they went into hibernation allowing the human race to evolve and take over. This was a story that ultimately showed the Human Race as the bad guys. What was also interesting was that, instead on working on the aliens downfall like the Troughton Doctor, the Third Doctor makes it his mission to ensure that there is peace between the Humans and Silurians. However, he fails and the Silurians inevitable defeat feels like a great tragedy that could have, should have, been avoided. Even by todays standards, the story is shocking and surprising. Not only did the Doctor fail to save the day, it wasn't entirely clear why he should have...

Even if it didn't quite reach the high bar it had set for itself, Series 7 of the show deserves the regognition it gets in Doctor Who circles as it one of the high points of the entire show. Producer Barry Letts and script editor, Terrance Dicks, were making much needed changes to the show making the stories they told entertaining and thought provoking while keeping them relevant to events happening at the time the shows were made. It is odd then that this didn't continue. The action and direction continued to vastly improve to the point where even the new series' action fails to compare to that of the Third Doctor era. But that one series embraced a smarter and darker style for which none of the following series could follow. 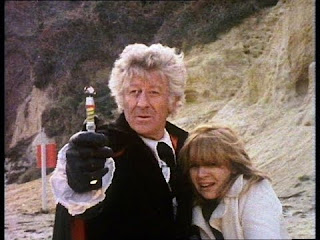 We come to 1972, two years after the first of the Earth reptile stories with the direct sequel to The Silurians, The Sea Devils. We see the Doctor pitted against the Silurian's cousins and his Time Lord nemesis, The Master who has been locked away in a prison on an isolated island after his rampaging vendetta against the Doctor in the previous series. What immediately stands out about The Sea Devils, is the fantastic action sequences helped out greatly by the enthusiastic support from the Royal Navy. The Sea Devils is a lot of fun to watch in terms of the action and running around and swordfights and submarine rescues not to mention blowing stuff up. But in terms of it being a story and not something made up of different exciting sequences, it pales in comparison to its predecessor.

Despite the story beginning with the mystery of ships vanishing in and around the Solent, the titled monsters are kept in the background for the first three episodes of the story. It is understandable as the Master is a lot more fun to hang around with but it doesn't make sense that the titled monsters don't get a lot time to shine. As per usual, Roger Delgado steals every scene he shares with Pertwee and in my opinion, no actor who has played the Master since him has managed to top his performance. But his appearance here wasn't entirely needed, in fact, the story might have been better without the Master in it giving the Sea Devils the same chance to shine that the Silurians had. 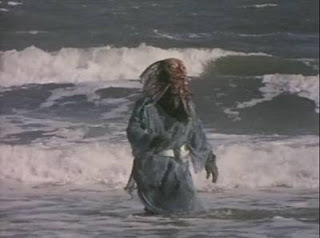 And unlike The Silurians, this story is less interested in it's exploration of moral grey areas. The Sea Devils don't come across particularly well as they are appallingly underwritten. Given no personalities and no speaking parts for the first four episodes. We get to see the internal conflicts between members of their race like we did the Silurians because there is only one Sea Devil who gets to talk.

By his very nature, the Master demands screen time and because of this, the titled monster lose the chance of being the dominant villain in their own story. The Sea Devils are robbed of the importance of the story they are deserved by the very presence of the Master.

The humans who have encountered the Sea Devils have also begun to divide into factions. We get the civil servants whose blunderings and prejudiced views make matters one hundred percent worse and then there are the friendly naval personal who take a little bringing round to the Doctor's theories but are there when we need them. What also feels strange about this story is that it is the first story we have during the Doctor's exile to Earth that doesn't feature the Brigadier or UNIT. Of course, the reason for this is obvious when we meet the Naval personal and their commander Captain Hart. As part of the agreement to allow the BBC to film on their ships and stations, the Navy asked for their personal to be included in the show and I certainly have no problem watching them as nice people throughout this adventure. But that portrayal immediately closes off the arguments that gave us the drama in The Silurians. Working as a sequel to the previous reptile story, The Sea Devils tries to pick up the story of the Doctor trying to make peace between the alien race and the humans. He nearly manages to make peace this time but due to misunderstandings between both sides, the whole thing goes up in smoke. And this was a necessity as the Navy had to look good so they couldn't been shown doing anything too drastic. So Captain Hart can't agree to blow them all up like the Brigadier did.

For a story like this one, there has to be someone who fills the role of warmonger. That role is filled by the stuck-up but cowardly Mr. Walker parliamentary private secretary. The only reason that Walker exists in this story is to give the face of human armed forces that doesn't have to be anything to do with the Navy. He does appear quite abruptly, two episodes before the end of the story, you really can't say that he is all that memorable either. All Walker manages to achieve is make ordering breakfast look and sound morally offensive before blowing up an intelligent race of beings.

But by the end even the author, Malcom Hulke abandons the Doctor's pacifism and instead of getting to fight for peace gives the Doctor the same brute force as Walker and blows up the Sea Devil's base in a way not too dissimilar to the way the Brigadier had done. It is right that by doing this, he stops Walker from doing it who wanted to drop a nuclear bomb on them and cause more damage to the Human race than the Sea Devils. But it makes you wonder why the Doctor strived for peace on two separate occasions when, in the end, he destroys them all with a 'Screw It, I tried to help them" attitude...