Doctor Who: Death to the Daleks Review 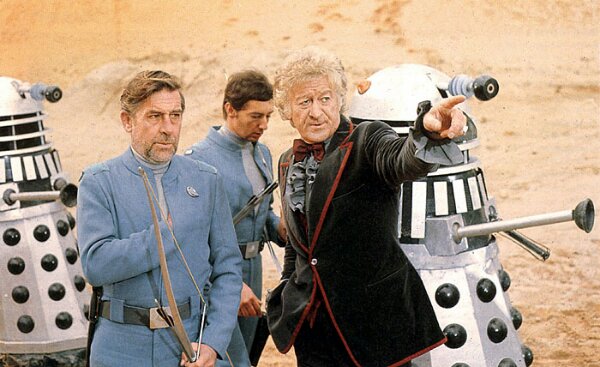 Before the show returned in 2005, the production teams who worked on Doctor Who had one rule: Daleks meant big viewing figures, well, a bigger viewing audience than the average story did.

But watching Death to the Daleks, I fail to understand how... 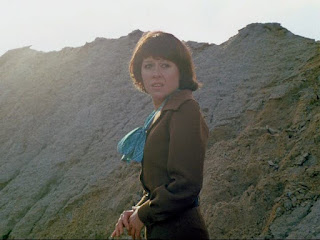 The whole thing feels like one big disappointment in the end. It starts promisingly enough with a spooky first episode where the opening scenes are shot by director Micheal E. Bryant like a silent movie. In fact, the only time the first episode jars slightly is when we move from location to the studio and you can see so obviously, what is location footage and what was shot in a BBC studio somewhere. Writer, Terry Nation casts a story that feels like a Dalek Greatest Hits Collection borrowing elements from the previous serials he had written. We get a mining operation taken from The Dalek Invasion of Earth, underground creepers taken from The Chase and a number of changeable human colonists much like the ones seen in Planet of the Daleks.

And at the centre of the whole adventure is a conflict over a much needed mineral, Perrinium, which is the cure to a plague which is spreading across Human colonies on other worlds. But the action surrounding this story is so po-faced and the themes feel so familiar that it is hard to care about it.

Death to the Daleks sees Elisabeth Sladen in her third outing as Sarah Jane and by this point, she has stamped her charm on the role of Sarah and successfully becomes the human factor in a story that would have otherwise lacked it. It is a shame that she is unfairly hampered by Jon Pertwee here who strokes his chin through the action and tells her off for her sarcasm oblivious to the hypocrisy. He then gives her the equivalent of a rosette for being the most improved rookie when he patronisingly says, "I knew that thought would occur to you sooner or later." 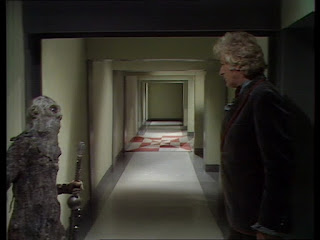 The cliffhanger to episode 3 was moved to a position earlier in episode 4 to pad out a underrunning third episode but there is little dramatic punch to the threat of a patterned floor! The end of episode 2 also falls completely flat as the Doctor is attacked by nothing more than a massive and nasty root!

Luckily events improve in the final episode helped along the way by the performance of Arnold Yarrow as the underground dwelling Exxilon, Ballal and he succeeds in making the character genuinely sympathetic. Another good moment is when the zombie antibodies attack the Daleks but unfortunately, the good points do little to outweigh the bad, like a Dalek having a mental breakdown because one of the human prisoners escaped!

Death to the Daleks is one of those stories which has very little to recommend about it. The Nation-style Dalek stories had obviously run dry by this point. It would only take a new producer, new Doctor, new script editor and the creation of Davros to make the Daleks a credible threat again...