Doctor Who: The Sensorites Review 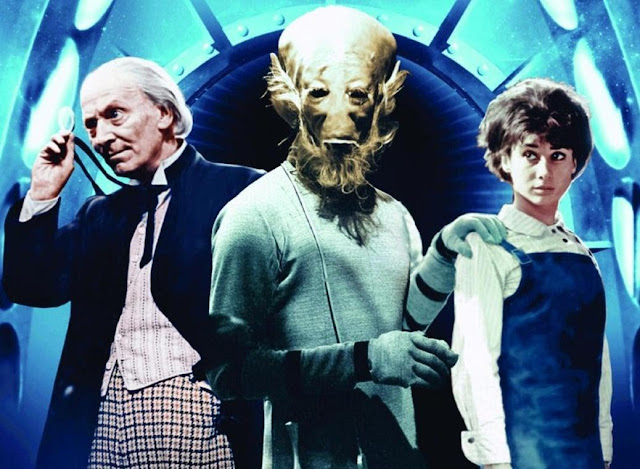 There is always a layer of excitement which surround those early black and white stories from our favourite programme. They are the stories which laid the foundations for the show that we know and love today after all. What is also delightful is that the fans of the newer era of the show often go back to watch these early adventures with no knowledge about them and no expectations and come away having thoroughly enjoyed them. In no way are these classic adventures as bad as the critics try to make them out to be. But then, sometimes and very rarely you get a story like The Sensorites and you'll find that all bets are off...

When watching this story don't do what I did and fall into the trap of watching it all at once. Sure it is a story made up of six-half hour episodes but on reflection, it would appear it is best to watch this one, one episode at a time as two or more in one go result in a hazy effect in your mind! Sure you can watch it all at once if you want to get out of the way quickly but it may result in a coma like state for you and it doesn't matter how many times that William Hartnell amusingly deviates from the script, you may just be bored to tears. 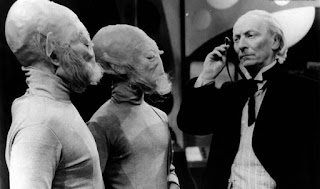 I am exaggerating a bit here but it is true when I tell you that The Sensorites is a bit of slog of a story. When the story was broadcast in the summer of 1964, the show was still enjoying the glorious appreciation it had been greeted with back in 1963, maybe that was how this story got past they script editors, presumably they took any script and threw it at the actors because of the show's success. That certainly appears to be what had happened here. But The Sensorites is one of those stories which is overlooked because it falls between two of the bigger stories and more valued amongst Doctor Who fans, The Aztecs and The Reign of Terror. So really, this story never really stood a chance.

After a great first episode the rest of the story begins to drag but there are some nice moments for the TARDIS crew of The Doctor, Ian, Barbara and Susan peppered throughout the story. It is amazing to see how close this TARDIS have become after their initial distrust of each other when the show began. The TARDIS lands on what appears to be an abandoned spaceship orbiting the mysterious planet, The Sense-Sphere. But they quickly find the surviving crew members and them to remember what had been happening and they tell the TARDIS team how they have been at the mercy of the Sensorites and how they have been forbidden to return to Earth. There is a lot of creepiness to follow as Barbara and Susan wander off and find themselves trapped behind a bulkhead with the apparently crazed crewmember John, who has really suffered at the hands of the aliens. It is the ending of this episode which is the best thing in this story where we get our first glimpse at the new, whiskered aliens who are floating through space and peering in through one of the observation windows. 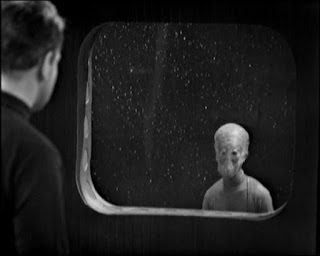 It is unfortunate that after the great first episode, the rest of the story goes downhill very fast. The story, for what it is, goes at a pace which wouldn't bother a snail. The Sensorites as an alien species are an interesting creation and are telepathic, highly sensitive to loud noises and go blind in the darkness. But when we meet them properly, they aren't scary at all. In fact you can see it is a man in costume, wearing a grey onesie, plate sized shoes a large mask covered in bum-fluff. They were never destined to send someone scurrying behind the sofa.

But scaring children probably wasn't high on author, Peter R Newman's agenda. His script is actually very good and well thought out as it deals with maturity, the subject of trust and deception as well as hints of xenophobia and racism on the part of both Human and Sensorite. But because of this, the story is very sluggish, sometimes the momentum coming to a complete standstill and the plot is evidently not big enough to stretch to the six episode format. As the story continues to creak along, the Doctor, Ian and Susan travel, off screen, to the Sense Sphere while Barbara remains on the spaceship as a hostage of sorts. In reality Barbara actress, Jaqueline Hill went on holiday, somewhere sunny from the looks of her tan when she returns in episode five! In the meantime, the story grinds along under the weight of the story's exposition and it isn't until the final episode that we get the answers we could have had earlier in the adventure. A lost group of humans have been hiding in the Sensorites' aqueduct systems and poisoning their water supply. 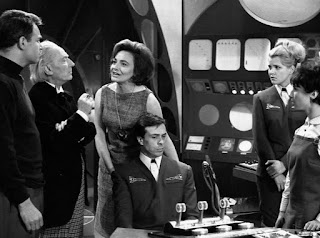 The Sensorites does have some peculiar charms and quirks and William Hartnell is never comfortable in these futuristic stories so he frequently goes off script because he forgot his lines. But he isn't the only one to forget his lines, the actor playing the lead Sensorite makes me wonder if he even bothered reading the script, he messes up so much. But almost everyone makes a mistake at some point during this adventure which doesn't help the pacing issue that flows throughout. This is one story that perhaps doesn't deserve the reputation it has earned itself but doesn't help itself. The plot was perhaps too 'meaty' for the show which had only just begun but I'll give credit where credit is due, everyone attacks the script with enough vigour to pull it off. Almost.