Doctor Who: Spearhead from Space Review 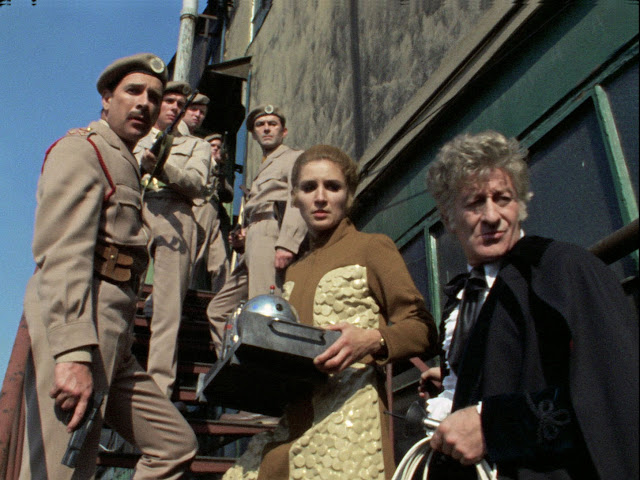 Doctor Who was in dire trouble. It had faced cancellation at the end of 1969 thanks to falling viewing figures and problems in it's production most notably, the script area. But it was given one more chance. One more series to prove itself. The Doctor suddenly found himself in colour but the budget had been drastically cut. But by grounding the Doctor to the planet Earth thanks to the Time Lords having exiled him and taking away his knowledge that allowed him to operate the TARDIS, the Doctor joins forces with Brigadier Lethbridge Stewart who had last been seen in The Web of Fear and The Invasion and the show took off in a bold new direction. In fact, fans at the time could be forgiven for thinking they were watching an entirely different show, one where an alien is stuck on Earth, forbidden to travel away in his blue box... 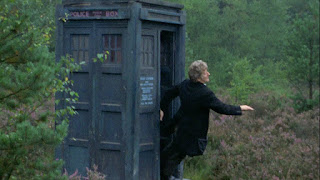 There are many turning points in the history of Doctor Who as a whole but the kind of change that occurs in Spearhead from Space didn't happen again until the show came back in 2005 with Rose. The first change was the different Doctor. Instantly, Jon Pertwee is different from his predecessor, Patrick Troughton much like how the Ninth Doctor was different from those who came before. There was also another major shift in the status quo as the Doctor found himself confined to Earth following the format laid out by the different Quatermass and films from the 50's.

In Spearhead, the Third Doctor finds himself trapped on Earth, arriving in the middle of a meteorite shower and is taken to a local hospital. What no one knows is that each meteorite contains a part of the Nestene Consciousness, a creature who can control anything plastic and favours shop window mannequins turning them into Autons. Using the Autons, the Nestene plans to take over the Earth. With the Doctor erractic and still recovering from his forced regeneration, the Brigadier enlists Elizabeth, Liz, Shaw as their scientific advisor. But how can the Brigadier hope to stop the invasion when he doesn't know who this man is who claims to be the Doctor he had met twice before? 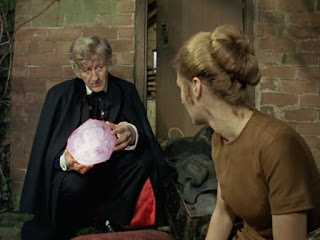 Jon Pertwee's Doctor is instantly likable, perhaps a little more comedic here than he was in later stories but what one has to remember is that Doctor is still regenerating, it helped the audience get over the transition from Troughton's comedic take on the character to Pertwee's more serious one. His relationship with companion Liz Shaw is unfortunately a short one with actress Caroline John leaving the show after one series but it is also a memorable one. She too, is instantly likable. And the Auton menace itself is terrifying. The idea that they can control anything plastic is a terrifying enough idea in real life as much of what we use is made from plastic. That makes it all the more scary. However, Pertwee's final battle with a rubber tentacle isn't necessarily his finest moment but by this point he has already won us over so it doesn't matter.

The similarities between this adventure and Rose are obvious. It is right that Russell T. Davies should have gone back to the moment where the show changed forever opening his series with almost the exact same shot of Earth that we see here. This makes this adventure the perfect choice for people who are fans of the new series to get into the old. Budgetary reasons prevented us from actually seeing the Autons shattering their windows and while we hear it we finally get to see it in Rose, thanks to Davies. Better late than never! 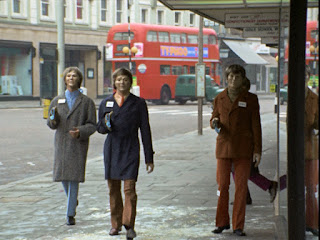 Speaking of only hearing the glass shattering, it really doesn't matter. Just the sight of the Autons walking down the streets, over broken glass and killing anyone they come into contact with is terrifying and enough to send anyone behind the sofa!

The acting here is also top notch. There are a couple of irritating characters that don't really contribute much to the plot but that doesn't matter too much. This story is also where author Robert Holmes came into his own. After a couple of less successful adventures in the Troughton era, he really hits it off here and the show gets scarier something that it really needed, no matter what Mary Whitehouse said!

Looking back on it with a modern eye, Spearhead from Space is an amazing feat. It is a complete reinvigoration of a series that was growing a little tired towards the end of it's sixties run. The whole story feels like a full blown movie helped because it was filmed entirely on film. Although the next story went back into studios, the audience instantly got that this was a grittier show, something that wasn't afraid to show horror and make everyone watching shiver! This is a truly excellent adventure and a must see for hard core and casual fans alike!