Exciting News From Big Finish! Popular Doctor Who Novel, Cold Fusion, To Be Given Audio Treatment 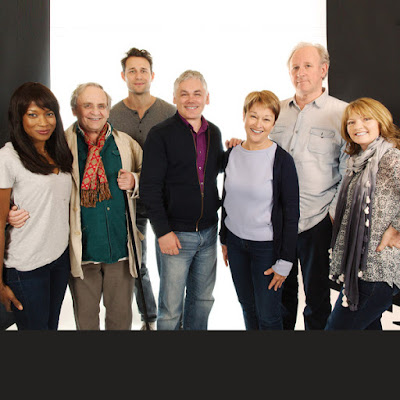 Adapted for audio by original author Lance Parkin, this gripping story finds a newly-regenerated Fifth Doctor arrive on an occupied ice planet – where the Seventh Doctor is investigating dangerous energy experiments conducted by the Earth Empire. But events spin out of control when a refugee from the distant past arrives - Patience, the Doctor's Wife (Christine Kavanagh)!

'People have been asking for an adaptation of Cold Fusion for years,' enthused script-editor John Dorney, 'not least me, as it's the only Missing Adventure I don't own! So it was a huge privilege being asked to script-edit books legend Lance Parkin on his own adaptation, and to discover this glorious reverse multi-Doctor classic myself. Two Doctors, five companions - what a blast!'

The adaptation has been produced and directed by Jamie Anderson.

'With a named cast of over thirty characters, Cold Fusion was a real challenge to record.' said Jamie. 'Luckily we had a talented and versatile guest cast starring alongside the core cast. We had a fantastic three days at the Moat Studios bringing this class novel to life, and I'm sure that fans will love the chemistry between the Doctors, and their companions.'

Doctor Who: Cold Fusion, a six-part adventure, will be released in December 2016. Pre-orders are open now for £16.99 on CD or £14.99 to download. CD orders include a complimentary digital download, allowing you to enjoy the story as soon as it's released.