Doctor Who: The Mind's Eye Review 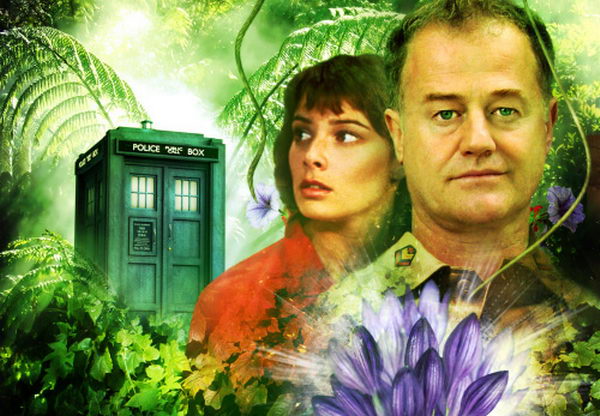 The Mind's Eye is essentially, a mishmash of two other things, the film Total Recall and the television series Desperate Housewives. The Doctor's companions Peri and audio creation Erimem are trapped in a dream scape thanks to some dangerous plants they came into contact with and the Doctor has to go into their dreams to save them.

But, for the most part, it is just an excuse for actor Owen Teale, Maldak in Vengeance on Varos and who also guest starred in the Torchwood episode, Countrycide, to frequently be really, really welsh. But the story also gives actress Nicola Bryant a chance to stretch her acting muscles.

The story also gives a bit of an examination on the characters of Peri and Erimem and we get to see what is going on in their minds, or at least their subconscious. Does Erimem miss being a ruler of Egypt? And does Peri really want to settle down and live a normal nine-to-five sort of life? It is pretty nicely done and the writing from Colin Brake will keep you invested throughout the story. Really, my only complaint I have to give is that I have never been an Erimem fan. Maybe it is because I haven't listened to enough of her stories but I find it really hard to care about her here. Sorry. But, like I said, the whole thing is great and there are a few different reality shifts that really keep you on your toes!

I believe that this story should be used as an example to other writers at Big Finish when they are trying to incorporate alternate realities as this one does it right. For a change, this story doesn't portray different realities as something that is mind numbingly boring. While some may also expect some double bluffs in the Doctor storyline that is also going on, I was pleasantly surprised there was none of that going on. Here, simplicity is golden.

The alien planet also has a Kinda feel to it. It features a group of soldiers led by actress Rebecca Front whose character really can't be bothered to do too much to help the Doctor and his friends. Completed with the incidental music, the whole thing has a real Fifth Doctor era feel to it and is well worth a listen.

On occasion an audio adventure from Big Finish will also feature a stand alone story that will lead into future stories. Here, we have Mission of the Viyrans. The story is largely less satisfying than The Mind's Eye mainly because it is so muddled. What doesn't help it is that it set after the next Fifth Doctor play, The Bride of Peladon which see's Erimem leave. The Fifth Doctor/Peri exchanges about Erimem's departure could be confusing to anyone who is coming to this with no knowledge as to her character. Another problem with this story is that you think it is going end and the theme tune comes in but then the story continues. I'm going to give this the benefit of the doubt and say that this was conceived as a good idea but it just sounds like someone mucked up when putting the CD together. It is a disappointing end to an otherwise great release.