Exicting News from Big Finish! The Fifth Doctor and Turlough Return in October 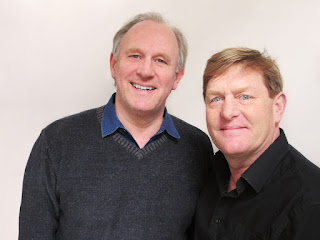 Peter Davison and Mark Strickson return in October for our latest Doctor Who Main Range anthology!

The Doctor Who Main Range brings you a new full-cast adventure every month, starring one of the original actors to play the Doctor on television! Featuring fantastic new creations or the best-loved monsters from the series' past, these stories are perfect for Doctor Who fans young and old.
October's Main Range release will form an anthology of four stories, each featuring Peter Davison as the Fifth Doctor and Mark Strickson as his alien schoolboy companion Turlough.

Doctor Who: The Memory Bank and Other Stories will see the pair visit old Europe, 22nd Century Reykjavik, the Cavern of Becoming and a planet where memories are everything. Details for all four stories can be found below:

Peter Davison will also appear in January 2017's Doctor Who: The Star Men. More details will be coming soon!