Doctor Who: Legacy of Death Review 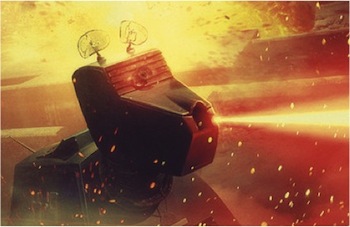 Note: This story continues on from The Paradox Planet, released in March 2016.


The Planet Aoris is literally at war with itself, people from the future are going back to the past to rescue things that are extinct in their time, the people from the past are setting bombs and laying traps to stop the people from the future. As usual, The Doctor and Romana are stuck in the middle with K-9 gaining a cult of followers. That was were the first part of this story, The Paradox Planet left us. Legacy of Death the second part to that story picks up those dangling plot threads and develops them with style.

On the whole, most of Big Finish's Fourth Doctor range have been made up of stand alone releases told over two episodes on one disc, occasionally, we get a story that is four parts but spread across two CDs as the time travel plots render the story rather too complex to be wrapped up neatly in one go. Author Jonathan Morris handles the time travel complexities well much as he did in Prisoners of Fate. He continuously keeps the twists and turns coming never letting them become too confusing and ties up all the loose ends satisfyingly. The idea of a world that is literally at war with itself is developed well and the tension is ramped up with the two time zones becoming more and more aggressive and it culminates with them launching their most devastating attacks on each other.

As usual Tom Baker, Lalla Ward and John Leeson are on fine form, effortlessly recreating their roles that they played in the late seventies/early eighties, as if they were only yesterday. I really liked that, for once, K-9 gets more of the action than he usually does and becomes a real important part of the plot. The only thing I found fault with here was there was less wit from Baker's Doctor but that is understandable as the author has obviously chosen to focus more on the plot, the area he should be focusing on.

Legacy of Death and The Paradox Planet feel like a very strong Fourth Doctor story that could have easily slotted into the television series had the budget been big enough! It is a good balance of high concept science fiction, time travel, silliness and satire.