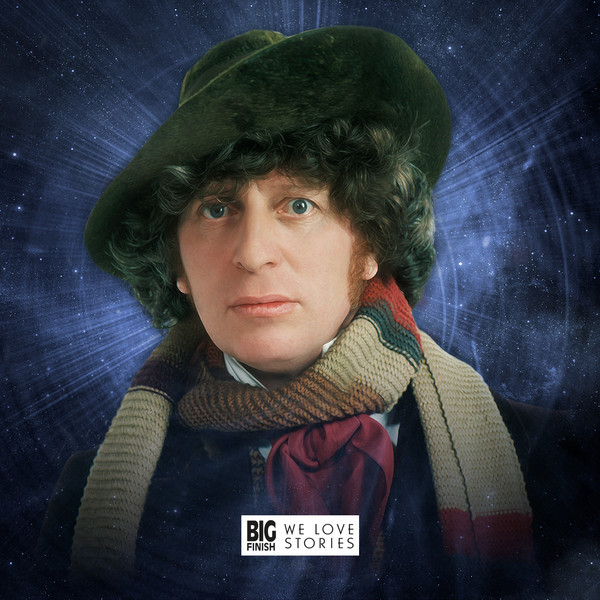 The Doctor, Romana and K9 will return in 2017 to face the Sontarans, the Silex, the Movellans and more!

Tom Baker, Lalla Ward and John Leeson will reunite for nine new Fourth Doctor Adventures in 2017, marking Series 6 as the longest run yet for the bohemian Time Lord.

The season kicks off in January with Doctor Who: The Beast of Kravenos by Justin Richards, in which the trio return to Victorian London for a reunion with their old friends Henry Gordon Jago (Christopher Benjamin) and Professor George Litefoot (Trevor Baxter). While K9 becomes the latest star attraction at the New Regency Theatre, the travellers are embroiled in robberies committed by a mysterious thief known only as ‘The Knave’. Ed Stoppard (Upstairs Downstairs, The Frankenstein Chronicles) guest stars as Sir Nicholas Asquin, and Conrad Asquith returns as Inspector Quick.

In February’s Doctor Who: The Eternal Battle by Mark Wright and Cavan Scott, the TARDIS lands in a battleground on an alien world where Sontarans and humans are at war. But what are the vicious feral creatures that are hunting in this wasteland? Dan Starkey plays the Sontarans, ably supported by Big Finish regular John Banks.

In Doctor Who: The Silent Scream by James Goss, the travellers are enjoying Hollywood in the 1920s, only to discover that a deadly force is taking the voices of movie stars - and monstrous silhouettes are on the prowl... Alec Newman (Dune, Waterloo Road) plays Dr Julius, while Pamela Salem (Doctor Who: The Robots of Death and Remembrance of the Daleks, Counter-Measures) is faded silent film star Loretta Waldorf.

Writer Adrian Poynton (who has written for the television series White Van Man and Trollied) joins the Big Finish fold with April’s Doctor Who: Dethras, in which the TARDIS arrives on a sunken World War 2 submarine. But there is more to this crippled ship than meets the eye, and a mystery to solve before the outside pressures rip it apart... Alistair Petrie (Utopia, The Night Manager) plays John, Sheila Ruskin (Doctor Who: The Keeper of Traken) is Flague, Josh Bolt (Last Tango in Halifax, Benidorm) is Philip and Brian Vernel (Star Wars: The Force Awakens, The Casual Vacancy) plays Robert.

In May’s story the Doctor and Romana meet the spiritualist Talbot, who has been called to investigate ghostly apparitions. Doctor Who: The Haunting of Malkin Place is by Phil Mulryne and guest stars Simon Jones (The Hitch-Hikers’ Guide to the Galaxy) as Talbot, while Denise Black (Queer as Folk, Coronation Street) plays Mrs Mountford.

The travellers head deep underground on an alien world in Doctor Who: Subterranea by Jonathan Morris, only to be swallowed up by a massive drill ship. The steampunk-inspired tale introduces a new race of monsters called the Silex.

The Doctor and Romana face an old foe in Doctor Who: The Movellan Grave by Andrew Smith, when an archaeological expedition in 1980 uncovers alien technology - notably a Movellan power pack... Before long, a reactivated alien ship is rising - and that ship contains a deadly secret weapon in the war against the Daleks.

'With Tom, Lalla and John back working together, the opportunity to revisit the Dalek/Movellan war from Destiny of the Daleks was irresistible,' says producer David Richardson. 'And we’ve done it in a very different way - Andrew Smith’s brilliant script brings the conflict right down to Earth. While the Daleks don’t appear in this tale, we do get a chance to discover just how deadly the Movellans
can be...'

The guest cast includes Polly Walker (Caprica, Mr Selfridge) who plays Narina, while Chris Jarman (Doctor Who: The Curse of the Black Spot) is Chenek.

The season ends with an two linked adventures by Marc Platt. In Doctor Who: The Skin of the Sleek and Doctor Who: The Thief Who Stole Time the travellers arrive on the amazing world of Funderell, which is covered by a giant gelatinous ocean that people can walk on... but stand still, and you sink. There are other visitors to this world too - celebrity explorer Eamonn Orensky (Alan Cox), his assistant Sartia (Joannah Tincey) and their pilot Klick Chervain (Kieran Hodgson). But there are secrets on Funderell - not least the fact that Sartia is a Time Lady, who was once Romana’s best friend at the Academy.